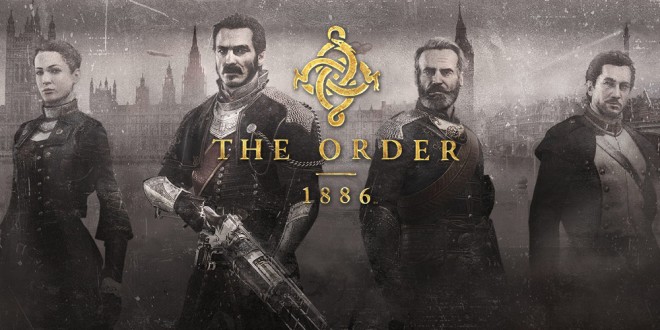 Share
United Kingdom-based videogame merchandiser, Merchandise Monkey, has just announced in a press release today that it’ll soon be shipping officially licensed apparel and goodies inspired by Ready at Dawn’s third-person alternative-London shooter The Order: 1886. For now, gamers are able to pre-order Merchandise Monkey’s goodies, which will go on sale properly on Wednesday, May 20th.In the press release, a spokesperson for the company expressed that the team behind Merchandise Monkey is “particularly excited about The Order: 1886 range” it now has in store, continuing to add that the new products “complement the distinctive look and feel of the title.” The spokesperson went on to list of some of the new things gamers will be able to pre-order, such as jackets, wallets, bags and T-shirts. Heading on over to the The Order: 1886 section of the Merchandise Monkey’s website, fans of the game will indeed find a messenger bag and a track jacket inspired by The Order: 1886. There’s also a keychain, a beanie hat, and even a mug as well.

“2015 is shaping up to be a great year in gaming. The New-Gen consoles are really starting hit their stride and we seeing the appearance of some truly outstanding titles and accompanying merch,” the Merchandise Monkey spokesperson concluded. “We can’t wait to show you what we’ve got coming during the rest of the year.”

Merchandise Monkey was founded as an independent company in the United Kingdom two years ago, back in 2013. It specializes in offering officially licensed videogame merchandise to gamers, and ships to countries all over the world. The online retailer also offers apparel and other items inspired by titles such as League of Legends, Assassin’s Creed, Halo, Minecraft and much more – there are even PlayStation 3 controller cufflinks. More products and information can be found via the official Merchandise Monkey website.

Preferring to be referred to as "KingSongbird", Kieran is a serious, yet laid-back person with a particular soft spot for RTS games and anything Sci-Fi.
@KingSongbird
Previous Pokemon National Championships Will Put Fans to the Test
Next Square Enix Confirms Western Release for Dragon Quest Heroes