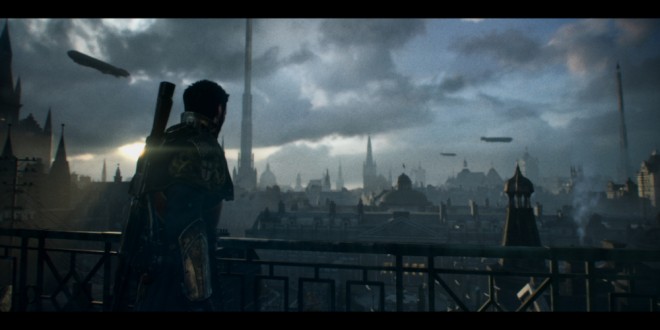 It has been revealed in a press release today that Ready at Dawn’s third-person alternate-London shooter, The Order: 1886, has reached the top of the UK charts, according to statistics ending in the week of Saturday, February 21st. However, Call of Duty: Advanced Warfare is right behind Grayson and his crew, and even trumps the recently released Evolve as well (which accumulated 108 years-worth of hours played within its first week).

The Order: 1886 climbs to the top despite recent controversy over its length. Rumors of the game being short reportedly sprouted when a YouTube channel – PlayMeThrough – uploaded a playthrough of the entire game (including cutscenes), which was completed in over five hours. The YouTube channel has since been suspended following the incident. The game’s director, Dana Jan, sat down to an interview recently to dispel such rumors. In that interview, he stressed that the length of The Order: 1886 would depend on the ability of the player. Although the game did receive criticism for its length (along with other things), it was praised for its graphical and technical achievements.

The Order: 1886 officially released a few days ago, on Friday, February 20th, a week after Evolve. According to sales date for the week ending on Saturday, February 14th, Evolve was at the top of the UK charts, with the Legend of Zelda: Majora’s Mask 3D in second place. The seven-day’s time, both Evolve and The Legend of Zelda: Majora’s Mask 3D have been overtaken by The Order: 1886. A full list of the current top games in the UK charts has been detailed below.

As hinted at earlier, The Order: 1886 is set in an alternate-London timeline, where an order of near-immortal knights protect the city from half-breeds, who are part human and part beast – werewolf-like monsters, essentially. Players don the role of Grayson, alternatively known as Sir Galahad, who – along with the rest of the Order – struggles to fend off half-breeds from humanity. The Order: 1886 is now available exclusively on PlayStation 4.

Preferring to be referred to as "KingSongbird", Kieran is a serious, yet laid-back person with a particular soft spot for RTS games and anything Sci-Fi.
@KingSongbird
Previous Mortal Kombat X- Kombat Kast 3 Showdown: Kitana vs. Reptile
Next Final Fantasy’s Final Symphony Album Now Available