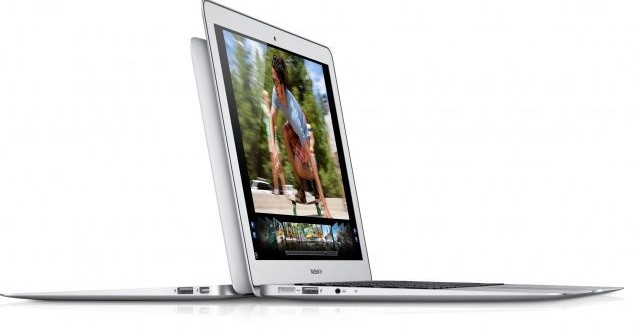 On March 9, just after the MWC 2015 show concludes, Apple has scheduled its Apple Watch launch event, but the timepiece might not be alone at the show. According to various rumors, reportedly started by “people close to the company”, the Apple Watch launch will be accompanied by the 12 inch Retina MacBook Air, to make the show as flamboyant and complete as possible. Off the bat, I’m going to say that the only thing the Cupertino-based company confirmed for the March 9 event is the Apple Watch, so we’re not sure if we are supposed to believe these MacBook Air release date rumors or not. We’ll have to find out once the event kicks off. As usual, Apple will most likely stream the event on the internet, but before getting excited, remember the fiasco the livestream of the iPhone 6 launch was. As such, be prepared with a fresh install of Safari browser and maybe Google Translate.

According to the Michael Report, these rumors about the Retina MacBook Air release date are highly credible, but we’ll be the judge of that. Do you think Apple will be ready with a new notebook by next week? There have been rumors about the device going around for a few months now, but nobody seems to know for sure what the gadget will be called or when it will be launched. There are some beautiful renders of the notebook out there, a few of which actually seem like the real deal, even though unconfirmed by the company. To be fair, a while ago, we also pegged the MacBook Air release date for Spring, but maybe not as early as March.

Many Apple fans really hope these rumors to be true, as a refresh of the MacBook line is long-awaited. Based on various eye-witness accounts (which can’t be verified), the new MacBook Air will be thinner, lighter and completely redesigned, compared to other models. It seems that Apple will be going for an even more premium look with a new chassis, encased in metal. While we don’t expect Swarovski crystal to show up on the gadget, we’re expecting at least a few new features to be introduced.

As the previously mentioned Retina name suggests, the resolution of the MacBook Air will be bumped up, although we can’t pinpoint the exact ppi that would result from it, nor the exact resolution. But hey, Retina displays are always great, aren’t they? Apple demonstrated that with the iPad Air 2 and the two new iPhones that it launched in October and September, respectively. My personal opinion would be that Apple wouldn’t launch something aside the Apple Watch, mostly because the marketing around the timepiece involves its uniqueness and spotlight characteristics, which would be overshadowed by another product launch. But that doesn’t mean Apple wouldn’t take advantage of the hype around the event to launch yet another luxury gadget, so you never know.

At this point, there are a handful of believable rumors surrounding the specs of the Retina MacBook Air, besides the revamped design elements I’ve mentioned earlier. One notable spec that would be neat to see on the new notebook would be a Core M chipset. It would be notable because it would allow for a fan-less design. That certainly suggests that the device would be thinner, lighter and more silent. According to MacRumors, the trackpad will also benefit from a rehaul, as Apple might eliminate the mechanical button. Whether these rumors are true or not will be unveiled, hopefully, on March 9.

My life-long dream has been to test out every gadget on the market! Considering the fact that I've rapidly destroyed almost every gadget I've had so far, I'm not inclined to owning something, so my ideal outcome would be to have a different gadget each month. I'm really into smartphones, wearables and tablets and I love Playstation and Xbox, I'm sure I'll beat you at your own game (after a month of training... or two)
Previous Nvidia Shield: not a tablet, but a cloud-powered console
Next Android Wear getting iOS support at I/O Google