Breaking News
Home » Tech » Nvidia Shield: not a tablet, but a cloud-powered console 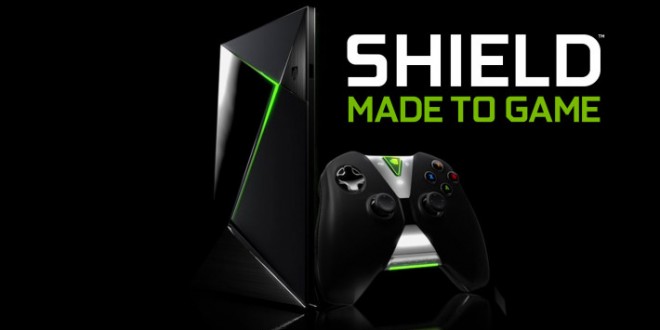 Nvidia Shield: not a tablet, but a cloud-powered console

The Nvidia Shield console comes with full 4K video support, which means that it’s going to be a rather future-proof device. The console itself, coupled with a controller is sold for $200, but there will also be other accessories available, including a remote that is similar to that offered by Roku. Overall, the ideal behind the Nvidia Shield is to play in the cloud, which means there probably won’t be very many compatibility issues with the technology in the future. Naturally, it will need development to run all the games you might be thinking of, but it’s a good first step towards a unifying gaming platform.

Android TV is running the show here, which sounded odd at first, but hearing Nvidia say that the Nvidia Shield wants to be the Netflix of gaming, helped us try and make sense of things. The Nvidia Shield release date is set for May, when you will be able to buy the console and get 50 games that you can test out with it. The company is pretty proud of the new console, as it will come with the new game streaming service called Grid once it is launched. You will have to cough up a little extra for a Grid subscription, though. But hey, you will be able to play any game that you want directly from the cloud, without having to download anything on the console itself.

The Nvidia Shield runs on the company’s new Tegra X1 processor, which means we’re going to get pretty decent performance out of it in the end. Moreover, 4K compatibility is pretty appealing to gamers worldwide. Other specs of the new console include 3 GB RAM, 16 GB internal storage, 7.1 audio, 4K playback and capture, Wi-Fi. Now the interesting thing is that it also has microSD card support, which means you can extend storage to 128 GB if you feel like it. The overall concept behind the new gaming platform is that gamers will be able to choose from the millions of games in the Google Play Store thanks to the Android TV running underneath, but at the same time choose to get more comprehensive and popular titles from Grid.

Among the 50 titles that will be available with the Nvidia Shield once it is launched in May are Doom 3, Borderlands: TPS, Crysis 3 and more. As Grid will also be launching alongside the new console, you’re going to be able to play popular titles like GRID 2 and Metro from the Nvidia streaming cloud. This is definitely going to be my next console, although I’m not thinking about giving up ye old PS3 which I love at the moment anytime soon. The attempt at a console is pretty promising and we’re looking forward to both the Nvidia Shield becoming a comprehensive gaming platform as to Grid becoming a massive game streaming service, for an affordable price, hopefully.

My life-long dream has been to test out every gadget on the market! Considering the fact that I've rapidly destroyed almost every gadget I've had so far, I'm not inclined to owning something, so my ideal outcome would be to have a different gadget each month. I'm really into smartphones, wearables and tablets and I love Playstation and Xbox, I'm sure I'll beat you at your own game (after a month of training... or two)
Previous Sony’s Project Morpheus delayed to 2016
Next MacBook Air release date coincides with Apple Watch launch

From gaming console to notebook: The XBOOK ONE is here to stay

This brilliant idea comes from a talented hardware modder, Edward Zarick, who is no stranger ...