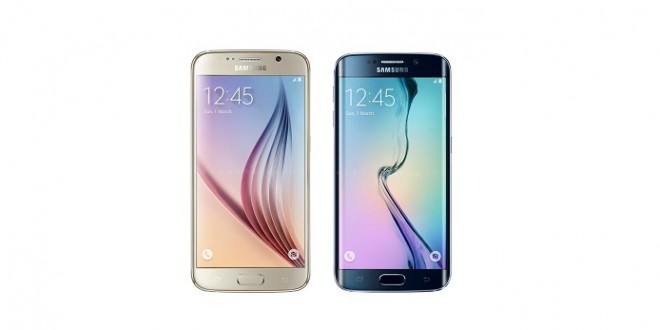 The Galaxy S6 price isn't as outrageous as expected

Galaxy S6 price revealed, not as expensive as we thought

The Galaxy S6 was unveiled at the MWC 2015 on Sunday, just ahead of the official start of the event on March 2nd. Samsung held a massive press conference where representatives of the company detailed the new ways in which the Galaxy S6 will engage the user. Among these new features, the company emphasized a metal unibody, which came with just a few drawbacks, including a non-removable battery and the lack of a microSD card slot. The Galaxy S6 tries to compensate those flaws with a fast charging battery that is outfitted with Qi wireless charging, but you have to buy the charging pads separately. One thing we missed from the show was the Galaxy S6 price unveil. The South Korean company didn’t reveal the price for the Galaxy S6 and the Galaxy S6 Edge, aand many assumed that it would go over the $800 mark, seeing as there are quite a few new, innovative features built into the new flagship.

But why would the Galaxy S6 price be higher than before? For one, we have a full metal chassis. Next, the Galaxy S6 display is a QHD Super AMOLED panel, which is the best display Samsung has ever outfitted their phones with. Moreover, wireless charging, fast charging and super-fast internal storage should bring the price up considerably. The Galaxy S6 and S6 Edge will both have Samsung Pay, too, which shouldn’t influence the price that much. The handsets will be available in three storage options, 32 GB, 64 GB and  a whopping 128 GB ROM, which prompted us to believe that each storage bump would add another $100 bill to the Galaxy S6 price.

Luckily, T-Mobile has helped people figure out about how much they will have to pay for the fresh flagship from Samsung. Although the Galaxy S6 price isn’t an official one, coming from Samsung, T-Mobile and carriers in general usually do a decent job at identifying price points for mobile devices. According to the carrier, the Galaxy S6 price will be $699, which is most likely the 32 GB version price. If assumptions are correct. Samsung should ask $100 extra for each upgrade in internal storage, which would put the 64 GB variant price at $799 and the 128 GB variant at $899. Those prices are still very high on the spectrum, and a considerable bump compared to last year’s Samsung flagship, the Galaxy S5. Moreover, T-Mobile also estimated the HTC One M9 price in a giveaway they are organizing. According to the carrier, the retail value of HTC’s new flagship is $599. which is yet again, cheaper than the Galaxy S6 price.

These prices are estimations given out by T-Mobile within a giveaway they are organizing, which means that the final price for an unlocked Galaxy S6 may differ once it hits the shelves on April 10. Nobody can say for sure how much the unlocked version will cost for each storage upgrade, but the prices published by the carrier seem fair at a first glance. The Galaxy S6 does offer considerable improvements over its predecessor and the fact that the smartphone memory within has been greatly improved for better performance and speed only adds to the benefits of the device. Many our taken aback by the lack of an IP certification, because that was one of the best features of the Galaxy S5, but many say that smartphones don’t need to be waterproof. Consumers will be the judge of that. Samsung has predicted roaring sales for the Galaxy S6, but that remains to be seen on April 10.

My life-long dream has been to test out every gadget on the market! Considering the fact that I've rapidly destroyed almost every gadget I've had so far, I'm not inclined to owning something, so my ideal outcome would be to have a different gadget each month. I'm really into smartphones, wearables and tablets and I love Playstation and Xbox, I'm sure I'll beat you at your own game (after a month of training... or two)
Previous Sony Announces Project Morpheus Release Window
Next Instagram introduces clickable advertisements