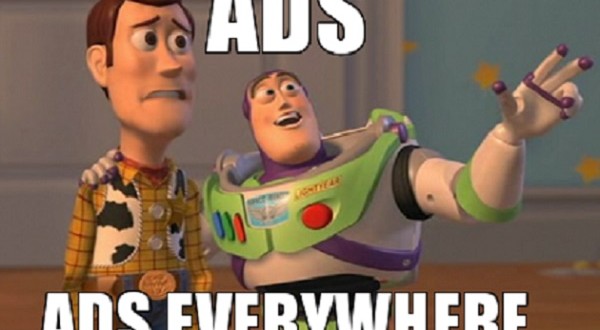 Instagram gave in to pressure from various companies who advertise on the social media network and announced that it would allow clickable advertisements to  show up in feeds starting today. Until now, Instagram allowed ads all around, but it didn’t allow a layout that would incorporate URLs that could be clicked by users of the social media network. As advertising companies and business owners started pressuring the network into allowing them to “reach out” to customers in a more personal way, Instagram caved and will from now on allow advertisers to create “interactive” ads.

Companies who use Instagram to share advertisements in the form of photos approached the company saying that they would rather have ads with which users could engage, because the plain photo streams weren’t profitable enough for them. As advertisements become nearly inevitable on the internet, Instagram users will now have to pay attention as they might accidentally end up on websites. Thankfully, Instagram will not be allowing these ads everywhere on the platform, as the company disclosed that they will only be available in multi-photo carousel ads. These carousel ads will let users swipe through advertisement images and when they reach the end of them, they will be presented with a Learn More button that will send them to a website within the Instagram browser.

Instagram managed to integrate the clickable ads neatly into its UI, as once you get to the webpage, you can get back to your feed easily, so overall, it wouldn’t be that bothersome. The new advertising model the company is using will only influence users that are truly interested in a brand or a company, so no, one won’t accidentally get to a dubious webpage. The social media network emphasizes that these ads will not promote products necessarily, but be focused on the companies that produce them to raise awareness about their existence. The monetization of these ads is not only veneficial fro the brands making use of the new advertising features, but for Instagram itself as it gains revenue from these ads.

Moreover, the new model will allow more types of companies to advertise on the social network, bringing in new opportunities for start-ups and non-profit organizations alike. Even though there is an expected backlash from users about having even more ads in their feeds, history has taught that these complaints will eventually cease as users become accustomed to scrolling by ads. Even though brands say that they will use the features constructively, they will most likely inject too many irrelevant ads into people’s feeds. As Facebook, Twitter, Pinterest and Instagram focus more and more on integrating advertising within users’ personal feeds, people are getting annoyed by how much companies want to monetize through social networking. One thing users have to understand: if the social network wouldn’t support ads, it would have little source of revenue and the application would not be free. That being said, there’s not much users can do about it, as the advertising industry is growing out of control. At least the Instagram ads promise not to be intrusive, for now.

My life-long dream has been to test out every gadget on the market! Considering the fact that I've rapidly destroyed almost every gadget I've had so far, I'm not inclined to owning something, so my ideal outcome would be to have a different gadget each month. I'm really into smartphones, wearables and tablets and I love Playstation and Xbox, I'm sure I'll beat you at your own game (after a month of training... or two)
Previous Galaxy S6 price revealed, not as expensive as we thought
Next Android game developers get a helping hand from Google

Selfies app for Android available for free on Google Play

With selfies being ever so popular these days somebody was bound to create an Android ...