Breaking News
Home » ARTICLES » Beyond Half-Life: 4 Great Games That Might Actually Get Sequels

Beyond Half-Life: 4 Great Games That Might Actually Get Sequels

Gabe Newell, co-founder of Valve, recently spoke in a podcast about the possible future of their old classic franchises- Half-Life and Left 4 Dead if you need a reminder. Fans have been begging for new installments in these series for seemingly forever. Newell offered a completely noncommittal response, in keeping with Valve’s attitude towards the rumors about Half-Life 3 or Left 4 Dead 3. The conversation on this front starts at about minute thirty-eight.

The only reason we’d go back and do like a super classic kind of product is if a whole bunch of people just internally at Valve said they wanted to do it and had a reasonable explanation for why…But you know if you want to do another Half-Life game and you want to ignore everything we’ve learned in shipping Portal 2 and in shipping all the updates on the multiplayer side, that seems like a bad choice. So we’ll keep moving forward. But that doesn’t necessarily always mean what people are worried that it might mean.

How unhelpful. But while Valve keeps dodging around giving any sort of response about the existence or non-existence of certain games, it’s worth it to remember that there’s still a lot of great ones far more likely to get a sequel on the now-current generation of consoles

Beyond Good and Evil 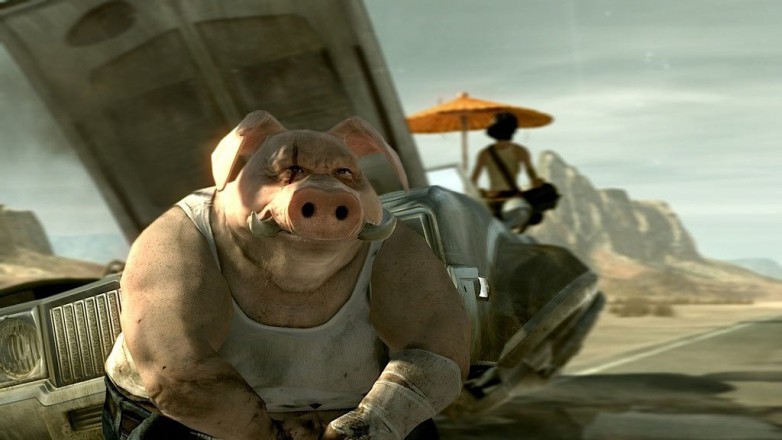 Best to start with the one that’s still the most unlikely. Go back more than ten years to 2003 and you’ll stumble upon Beyond Good and Evil, an incredible game worthy of its cult classic standing. The game came from Ubisoft with the creative vision of Michel Ancel behind it, with the intention of being the first part of a trilogy. It was unfortunately a commercial flop but still a critical darling. It was too unique for its own good, combining action-adventure with elements of puzzler and stealth and led by a strong female protagonist (also a pig).

The sequel was first announced to be in development in 2008. Since then it has popped in and out of the media- Michel Ancel started his own studio, but later confirmed he was remaining with Ubisoft as well, time was taken off to develop Rayman Origins, and it was confirmed to be for the next generation of consoles (PlayStation 4 and Xbox One). As of July 2014, however, it was still being worked on. That’s not too long ago, in the grand scheme of things. In a statement to Eurogamer at that time, Ubisoft offered the following:

In many ways, BG&E is an inimitable game – it appeals to all generations of gamers and is an inspiration behind many of Ubisoft Montpellier’s past and future games. It’s still far too early to give many details about this new title, but what we can say is that while Michel and the team at Ubisoft Montpellier are working with the core tenets of BG&E, they’re developing something that aspires to push past the boundaries of a proverbial sequel and leverages next-gen technologies to deliver a truly surprising, innovative and exceptional game. The entire team is excited about the direction this extremely ambitious project is taking, and we’ll have more to share later, as it progresses.

Keep your hopes alive but in check for this one. 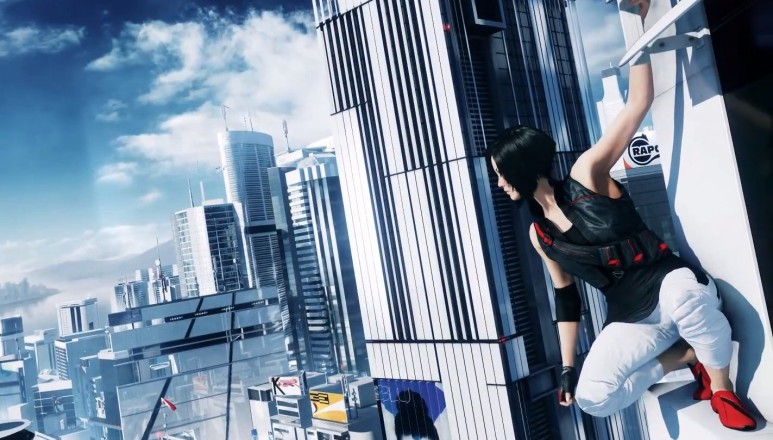 Mirror’s Edge was a first person parkour action-adventure game set in a dystopian future. Faith was a super fun character and it was simultaneously exhilarating and frustrating to run across the stark city at dizzying heights. The game was developed by DICE and written by Rhianna Pratchett (of the Tomb Raider reboot), and it was met with mostly positive reviews. The gameplay sometimes verged too far on simple trial and error and it was relatively short in length, but it definitely remains a worthwhile play.

The sequel (or, actually the prequel) was officially announced at the 2013 E3 as an open-world action adventure game for the next generation of consoles. This description possibly hints at a more expansive environment and greater complexity of mechanics than its predecessor.  However, most of the original team, including Pratchett, announced that they wouldn’t be returning for the new installment. There’s enough exciting about the prequel to be able to put that behind us though- for example, in an interview with Eurogamer in June of last year, DICE CEO Karl-Magnus Troedsson talked about the possibility of VR support.

Right now, Mirror’s Edge 2 is scheduled for a release sometime in 2016, but, in that same interview, Troedsson talked about how the new game is being developed by a small team with the license to take as much time as they need. Don’t be surprised if the release date gets pushed for the sake of a better gameplay experience. 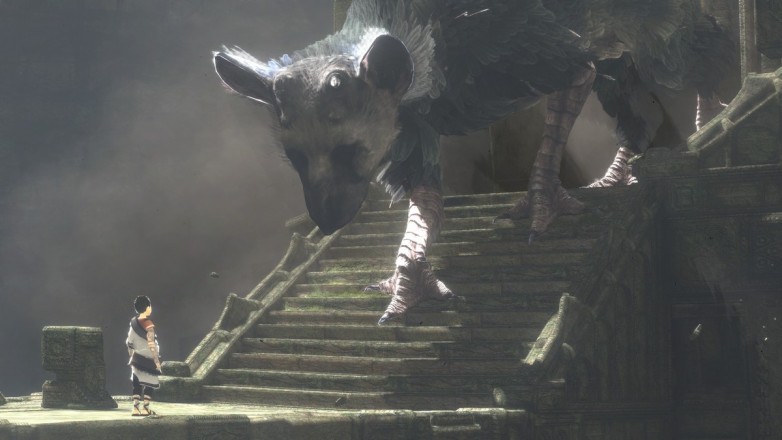 So the works of Team Ico aren’t exactly linearly related, but they’re certainly spiritual sequels. Ico was released back in 2001 and the more famous Shadow of the Colossus followed in 2005. Both were beautiful and shared stylistic, thematic, and gameplay elements. Team Ico are masters of creating a whole lot out of what seems like should be very little.

The next game from the developers is entitled The Last Guardian. It’s been in development since 2007, formally announced at the 2009 E3, and originally planned to be released in 2011. It’s now four years later and it’s still not got an official release date. Delays and complications have slowed the progress- creator Fumiko Uedo left Sony as a full-time employee (he’s a consultant for the game still) and Sony has let the trademark drop twice since then. However, the important thing to keep in mind is that they’ve renewed it each time they dropped it, and the game has been confirmed as recently as last month. In December of last year, Ueda gave a simple statement about the progress of the game:

Talks with Sony Computer Entertainment on The Last Guardian have been ironed out, and we’re making progress under completely new conditions. I’m also working on some other things that I’ll hopefully be able to show in time if progress is smooth.

The completely new conditions could be a reference to transitioning the game from PlayStation 3 to PlayStation 4 which could add a few further complications to the development. But, as of now, it is coming. 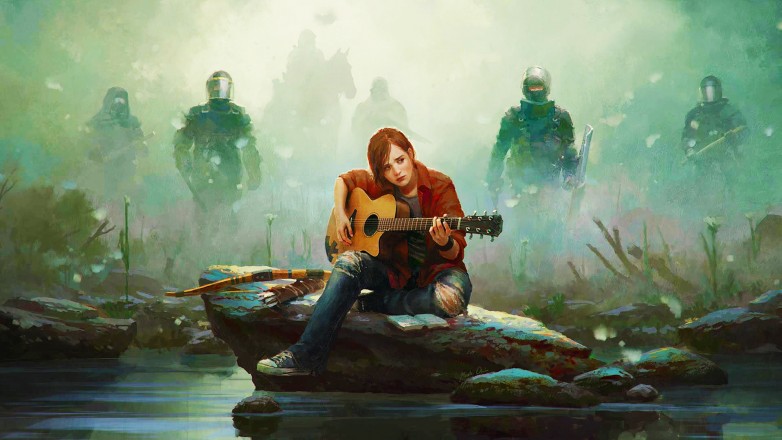 Here’s a more speculative possibility. Naughty Dog’s devastating post-apocalyptic game cleaned up at the gaming awards in 2013 upon its release. Last year saw the twilight PlayStation 3 game get a remaster on the next generation as well as the Left Behind DLC detailing Ellie’s past. With its monumental success, it seems only logical that this game should get a sequel- it’s even getting a Hollywood movie. There’s plenty of room left to explore in the world of The Last of Us, so the game wouldn’t even have to be a direct sequel and instead could present another story within the universe.

Not much progress has been made on this front and nothing has really been set in stone, but Naughty Dog has confirmed that they have been brainstorming for a possible sequel. The company seems to be focusing all their efforts however on the grand finale of Nathan Drake in Uncharted 4: A Thief’s End. With the recent delay to that game’s release, it could be that any sequel would end up coming out far in the future. But, as proven by the Uncharted franchise, Naughty Dog is capable of making great sequels. I think it’s a relatively safe bet that something new will be coming from the world of The Last of Us in the next few years- but we’ll have to wait until the close of Uncharted to see if that’s true.

The developers behind these games could still pull the rug out from under fans- none of them have a release date yet although all are confirmed to be in either development or at least brainstorming stages. But games are cancelled a lot. Still, you’re better off placing your money on these sequels than the forever shaky possibility of a Half-Life 3.

Emma is an aspiring something-or-other with a love for video games fostered since childhood. She is more prone to rage-quits than she would like to admit. In her spare time, she runs her own blog and writes creatively.
@back_Paq_ing
Previous Huawei P8 release date set for April 15, new leaks come to light
Next Steam Greenlight Spotlight: Contradiction