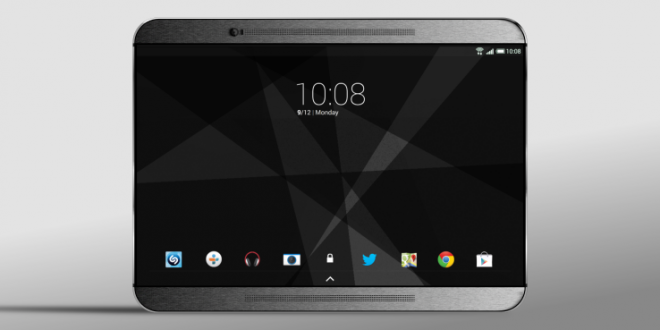 An HTC tablet is finding its way to 2015

HTC has scheduled a mysterious event for April 8, and rumor has it we’ll be meeting the new HTC Tablet then and there. Although the previous venture HTC had with the tablet market was not that good, the partnership with Google that ended up releasing the Nexus 9 was a pretty good endeavor. The Nexus 9 is one of the most popular tablets right now, and it’s among the most powerful ones, too. That being said, it seems that the upcoming HTC tablet will be even better, if we’re to listen to rumors.

There’s no official confirmation on this yet, so take it with a grain of salt. The HTC tablet will supposedly be cheap, as in sources say it’s going to be cheaper than most compact tablets out there. The specs of the device are rumored to be similar to those of the Nexus 9, which sounds pretty cool in my opinion. The HTC tablet will benefit from an 8.9 inch display with a 1530*2048 resolution, that sounds about right. Leaked benchmarks and various online sources believe that the Taiwanese company will use an octa core Allwinner H8 CPU backed by 2 GB RAM and PowerVR SGX544 GPU in the device. That doesn’t sound too bad, but I’m not really familiar with Allwinner processors, so we’ll have to see about that. If any of our readers know stuff about that, let us know in the comments below. Because rhymes are fun.

Besides the leaked display and processor specifications, it is being said that the HTC tablet will get two different variants, one with 32 GB internal storage and one with 64 GB. Now both these will be available with either Wi-Fi or 4G LTE, the latter one for a higher price, of course. The odd thing is that sources say the rear camera on the HTC tablet will measure 16 MP, which would be quite impressive, if the company doesn’t include its bad post-processing software into the package. Better leave things RAW, judging by what came of the 20.7 MP sensor in he One M9. The front camera is said to be an 8 MP sensor, which sounds great for the occasional selfie or some video calls. Oh, BoomSound is also a guaranteed apparition, which is awesome. We’ll have to wait until April 8 to find out what’s the deal with the HTC tablet. though.

My life-long dream has been to test out every gadget on the market! Considering the fact that I've rapidly destroyed almost every gadget I've had so far, I'm not inclined to owning something, so my ideal outcome would be to have a different gadget each month. I'm really into smartphones, wearables and tablets and I love Playstation and Xbox, I'm sure I'll beat you at your own game (after a month of training... or two)
Previous OnePlus Drone confirmed by Carl Pei in AMA
Next Steam Greenlight Spotlight: ZHEROS

HTC tablet based on the Nexus 9 coming soon

A new HTC One M9 leak involving some pictures of the upcoming flagship’s front panel ...