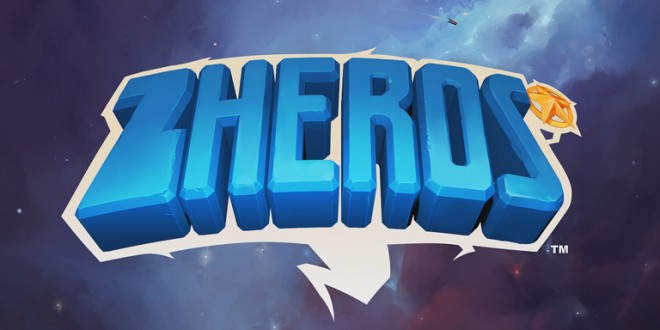 Today’s Greenlight games were unfortunately uninteresting and bland, in my opinion. Thus, I decided to go back to yesterday when there were a few interesting games to choose from and cover one of the ones I missed. Today’s spotlight is on ZHEROS, a 3D brawler from Rimlight Studios. This is a great week for beat-em-ups, with Street Fist 2 and ZHEROS both announced on Greenlight. 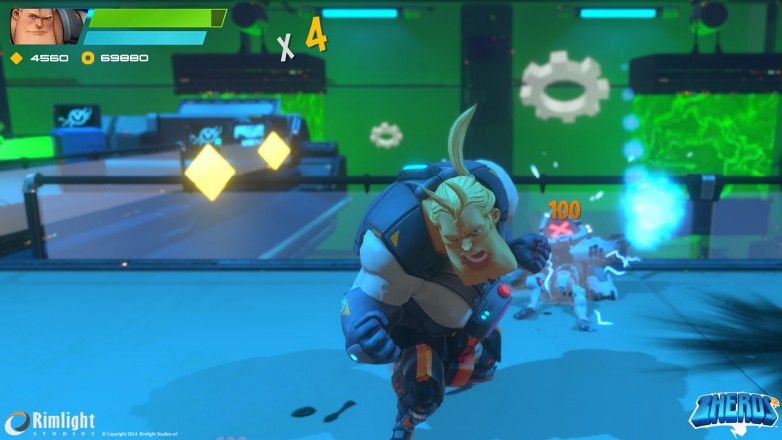 ZHEROS is a brawler set in a bright sci-fi universe populated with over the top and silly characters. You will play as either Mike, who is a new recruit to the ZHEROS squad, or Captain Dorian, who is the leader of ZHEROS. Mike is described as dim-witted but strong, while Dorian is agile and intelligent. ZHEROS features singleplayer and local co-op modes, where you can team up with a friend for some action-packed entertainment. Unfortunately it doesn’t seem like they are planning on adding an online multiplayer at this time, but if the game receives enough support we can hope that they will consider adding one in the future. I’ve always felt that local co-op doesn’t work as well on PC as on consoles, so it’s quite important to include the option to play online with friends as well. 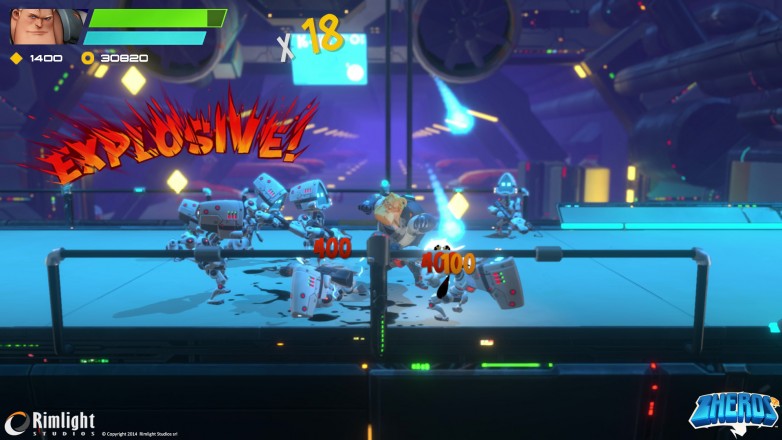 The graphics style of ZHEROS has been compared to Rochard, which I can definitely see. This is not a bad thing at all, as Rochard featured a charming visual aesthetic that was both unique and interesting. The environments that Rimlight has showcased with ZHEROS have given me a Ratchet and Clank vibe, which is also a fantastic point in the game’s favor. I love the character design and the fact that although the game is science fiction, they are able to keep the visuals bright and fun instead of creating a dreary, grim environment. While games that are dark have their place, it’s nice to see something bright and colorful come along once in a while, and ZHEROS fits that description perfectly. 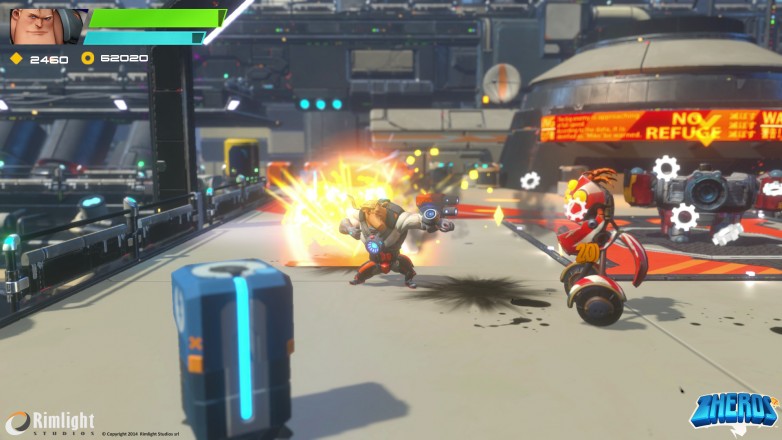 ZHEROS gameplay mostly consists of performing various combo attacks against the various enemies. However, during some of the more difficult sections of the game, you can expect a mech to join you in battle and assist against tough enemies. I can definitely see the game shining in local co-op, as any brawler is always made more entertaining with a friend by your side. I am also hoping for some silly banter between Mike and Dorian, as they seem like the type of personalities that would butt heads and create interesting dialogue. All in all, ZHEROS looks to be an extremely competent brawler with a very solid visual aesthetic and wonderful character design. If you are interested in taking a look at ZHEROS, you can check out their official site, or their Greenlight page, where you can leave a vote and some constructive feedback.

I enjoy playing pretty much any type of game out there. My passion lies in finding the gems of the indie gaming world. When I'm not playing games, I'm programming them, at the gym, or tending to my small army of cats. Writing has always been a part of my life and I'm grateful for the opportunity to get my content out there for people to see.
@spf0227
Previous Cheap HTC tablet coming on April 8
Next Sparkle 2 Looking to Release on Steam