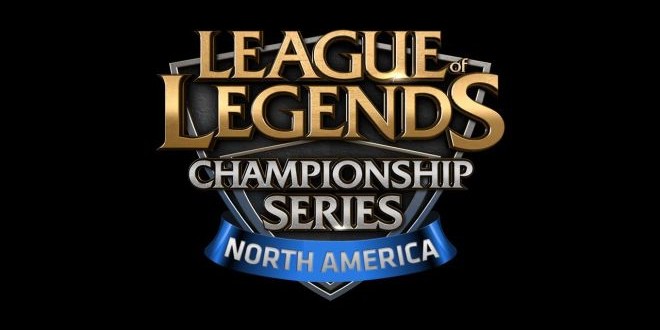 It is finally here! After three months and over 100 League of Legends games, the finals for the 2015 NA LCS Spring Split will take place this Sunday as Team Solo-Mid face off against Cloud 9. Though this season of the LCS has been filled with a large number of surprises, having these two teams meet in the finals is anything but surprising. Both of these teams have met each other in the finals of the last three LCS finals, and it looks as though we are in for another exciting match up between the undisputed two best teams in North America.

Though these finished in the top two spots of the standings, they have had quite different experiences this season. On one hand, Team Solo-Mid has arguably had the best season of the organization’s history. Winning the IEM World Championship in Cologne, Germany, TSM has shown they are one of the top teams in the world. In North America, they may not have as dominating of a record as they have had in previous seasons, but that can be attributed more to the NA LCS becoming much more competitive. The competition is better, so they lost more games, but they were still able to finish the season in first place.

On the other hand, Cloud 9 has had a season that could be described as inconsistent. They also competed at IEM Cologne, but unlike TSM, they had a very poor showing. Furthermore, the beginning of the LCS season was incredibly rocky for them. That being said, Cloud 9 is on fire, finishing the back half of the season with an astounding 10-2 record. They also wrapped up the season with wins over TSM and CLG, who at the time were the number one and two ranked teams. The season may not have been pretty, but Cloud 9 came through when it matter and showed why they are still one of the best teams in North America.

Going into this series there are a couple of key match ups. These match ups are focused, however, more on these teams’ weaknesses, rather than their strengths. Though Cloud 9’s mid-lane player, Hai, is the teams shot caller, he has been under performing compared to the rest of his team this split. Going up against Bjergsen, who is considered one of the best mid-laners in the region, Hai will definitely have his hands full. On the flip side, TSM’s Dyrus, who is often left to fend for himself in the top-lane as his team focuses elsewhere, has a reputation for getting behind in games. Couple that with the fact that Cloud 9’s Balls has the ability to play many carry top laners, and there is a chance of Cloud 9 turning a victory in the top-lane into the victory for the rest of the team. This series will be won by whoever can expose the other team’s weaknesses and turn those into game-winning advantages.

This years finals for the North American LCS looks as though it will be another exciting one. Featuring the two more dominating teams in the region for the past three seasons, there is little more that LCS fans could ask for. This series, however, has more on the line than just another title for these prestigious organizations. The LCS has switched this year to a circuit point system to decide which teams will be representing the region this year at Worlds and both of these teams will be eager to get a lead on the competition by winning the year’s first split. Furthermore, whoever wins this match will be representing North America in the upcoming Mid Season Invitational, where they will get valuable experience on an international stage. Needless to say, with two great teams playing against each other and with so much on the line, League of Legends fans everywhere are in for a treat as Cloud 9 and TSM face off against one another.

When I am not studying, I spend most of my time playing games or following various eSports events. Primarily play PC games, particularity MMORPGs and MOBAs
@TeddyGamer55
Previous Beowulf joins the Skullgirls Encore roster today!
Next Star Wars Battlefront: Totally Worth the Wait