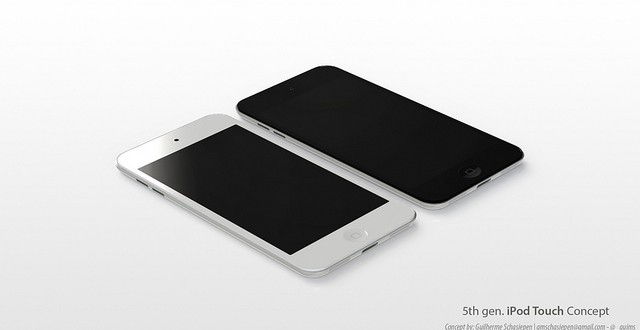 Prepare for a new iPod Touch

The Apple iPod Touch is due for a refresh and even though many thought that Apple wouldn’t bother launching a new product after the massive success of the Apple Watch, iPhone 6 and iPhone 6 Plus, but a new report coming from Apple Insider prompted us to dig deeper. We’ve approached a few of our sources among the community members and found that while the report is mostly accurate, Apple is actually planning to launch the new iPod Touch sometime at the end of May, after unveiling it as early as next week.

Take this with a grain of salt, but our sources are confident their information is correct. We won’t know that for sure until Apple actually introduces the new Apple iPod Touch and makes the iPod Touch release date official. We’re curious to see if these rumors are true, and whether a new iPod Touch would actually be successful among fans as many have chosen to replace media players with their phones altogether.

Since Apple is getting knee-deep into the music industry with its own streaming service and Beats acquisition, it is not unlikely that the new iPod Touch will be a way to popularize the streaming service itself and offer exclusive content through the new device. According to most sources we’ve come across, including those from Apple Insider, the new iPod Touch will feature a 4 inch Retina display, so that videos can be crisp and sharp.

The new iPod Touch will most likely get an upgraded processor and a lot of storage, and there’s talk of expandable storage being part of that design, although that seems very unlikely in our opinion with the streaming service from the company. The cameras will most likely stay the same, although many think that they will get an upgrade from 5 MP to 8 MP on the rear. Although the iPod Touch is not the most popular Apple product, there are still many fans of the media player out there and still more people who advocate the iPod Touch as being the optimal entry-level gadget for children. Do you think Apple will actually launch a new iPod Touch or are these just rumors?

My life-long dream has been to test out every gadget on the market! Considering the fact that I've rapidly destroyed almost every gadget I've had so far, I'm not inclined to owning something, so my ideal outcome would be to have a different gadget each month. I'm really into smartphones, wearables and tablets and I love Playstation and Xbox, I'm sure I'll beat you at your own game (after a month of training... or two)
Previous Re:Activ Designs: Performance Apparel for Gamers
Next Google Keep for Android Wear gets a whole lot better