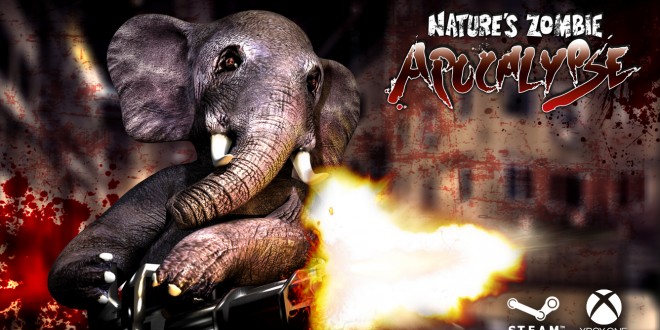 Nature’s Zombie Apocalypse puts you in the shoes(or hooves) of animals in a world where all humans have perished in the zombie apocalypse. Desperate to fight for their survival, the world’s animals have banded together and decided to fight back against the undead hordes. You play as animals such as a Gorilla or an Elephant, as you attempt to survive the apocalypse while rescuing small and defenseless animals. Each animal in Nature’s Zombie Apocalypse features their own “rage move” which is unique to them and intensifies their attack, making them more dangerous. A few examples given are that the elephant charges through large numbers of enemies, while the duck can create a tornado that sends enemies flying through the air. The smaller animals that can be rescued can be placed as defenses to assist in defeating the zombie horde. 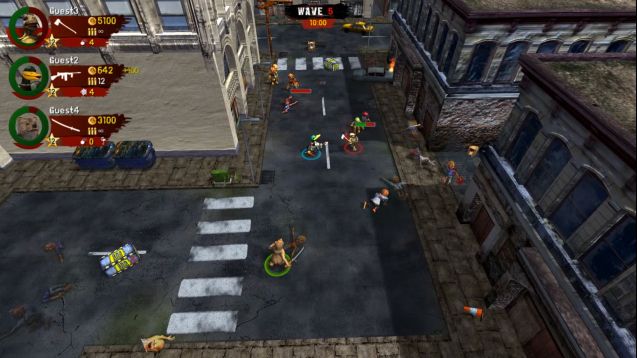 The zombies in Nature’s Zombie Apocalypse are extremely aggressive, and will run, jump, and take fire to get a chance to snack on your brains. In addition to your run-of-the-mill zombies, the game also features special infected that can spew bile and convert their heads into explosive devices which they can then launch in your direction to inflict large amounts of damage. Survival is the key to Nature’s Zombie Apocalypse, but it is not the only objective. You will often be tasked with rescuing cute kittens or protecting groups of other animals looking to escape. There are also activities that challenge you to hold down a particular area for a set amount of time, with even more challenges unlocking as you progress through the game.

Nature’s Zombie Apocalypse features multiplayer co-op with up to eight players. With the inclusion of various weapon type and game modes, I feel that the game will be a great source of co-op entertainment. From what I’ve seen of the gameplay, it reminds me a lot of my time with Bunch of Heroes, which was a game I spent a lot of time in with friends a few years back. The isometric survival style gameplay is something that can always be picked up easily by beginners, so it makes for a great game to play with friends who aren’t necessarily hardcore gamers. Nature’s Zombie Apocalypse is looking to release on PC, Mac, Linux, Xbox One, and Android TV. Also, based on the gameplay I can easily suggest that the game will be best played with a gamepad if you are planning on playing the PC version. This dual-stick shooter combat system never works too well with keyboard and mouse, so I would highly recommend investing in a controller if you don’t already own one and are planning to look into Nature’s Zombie Apocalypse.

If Nature’s Zombie Apocalypse looks like a game that you would be interested in having a look at, check them out on Steam Greenlight, where you should definitely consider leaving them a vote and some constructive feedback.

I enjoy playing pretty much any type of game out there. My passion lies in finding the gems of the indie gaming world. When I'm not playing games, I'm programming them, at the gym, or tending to my small army of cats. Writing has always been a part of my life and I'm grateful for the opportunity to get my content out there for people to see.
@spf0227
Previous PS4 vs XB1 – Which has better AAA Games
Next HTC Butterfly 3 comes in with QHD display, 20 MP camera