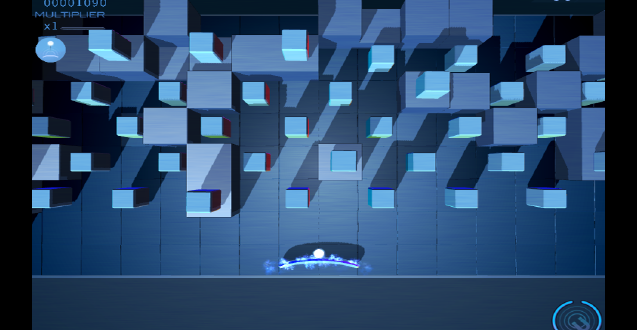 Today’s Greenlight spotlight is shining on Grey Cubes. Grey Cubes is an interesting 3D take on a traditional brick-breaker game, with a basis on providing real-time physics as well as gameplay that takes place in three dimensions, rather than the typical two. My interest in the game is driven by my love of classic arcade titles. Block breaking games were one of my favorite things to play as a child, and they were one of the first type of games that were available on early cell phones. I’ve spent countless hours trying to get high scores in block-breakers, and to see a game come out that is trying to put a new spin on the genre is not only refreshing, but exciting as well.

Grey Cubes plans on featuring 60 unique levels, each with their own unique twist to keep the game fresh and interesting. The game’s mechanics are very smooth, which makes for entertaining gameplay that is based on classic block-breaker design. The levels will make use of the extra dimensions by providing depth, as well as width and height, in order to create an experience that is familiar to fans of the genre, yet new enough to get them excited about the game. Grey Cubes is not looking to create a groundbreaking title, but instead has focused on perfecting and innovating in a genre that is so often filled with clones of the same games over and over again. Finally, Grey Cubes features power-ups which will add variety and entertainment to the levels, including favorites such as the multi-ball that fans of the genre will know and love. I’ve never thought that we’d see a block-breaker include a third dimension, so I am very interested to see how Grey Cubes plays when I can finally get my hands on the game. 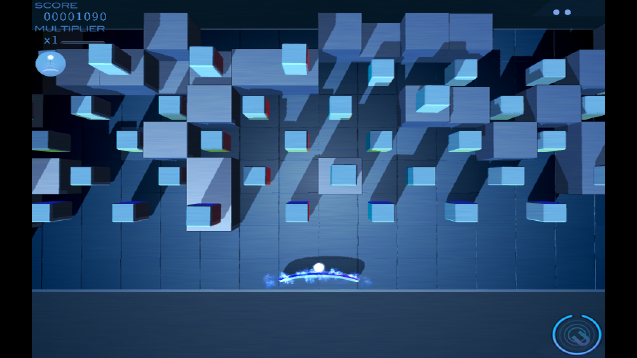 In terms of its visual aesthetic, Grey Cubes is very minimalist, but still manages to be an attractive game. The visuals are very sleek, and have a nice, polished look to them that fits well with the simple mechanics of the game. To support the simple, yet attractive visuals, the game features a solid soundtrack which really helps to tie everything together to form one cohesive unit. I think that there is a good amount of polish on Grey Cubes, and this polish will really help it stand out among the other games on Greenlight. As I’ve stated before, polish really solidifies the quality of a game, no matter how simple the experience. Although it is a very simple game in terms of gameplay, Grey Cubes manages to create a very polished and entertaining game, which is very challenging to pull off.

If you’re interested in having a deeper look at Grey Cubes, you can find it on Steam Greenlight, where you should consider leaving a vote and some constructive feedback. If you don’t like the game, be sure to mention what you don’t like about it in the comments section in order to help the developer(s) understand what they can improve.

I enjoy playing pretty much any type of game out there. My passion lies in finding the gems of the indie gaming world. When I'm not playing games, I'm programming them, at the gym, or tending to my small army of cats. Writing has always been a part of my life and I'm grateful for the opportunity to get my content out there for people to see.
@spf0227
Previous First Impressions: Car Mechanic Simulator 2015
Next Black Ops III Reveal: A Titanfall Clone?