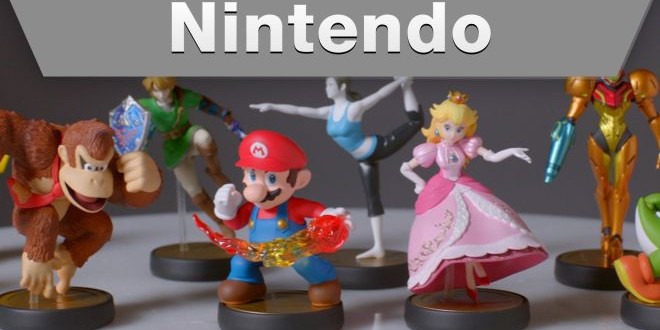 Nintendo have issued a statement via Facebook addressing the rarity of certain amiibo figures. Since the release of the first wave in November 2014, demand for the toys has continually and drastically outweighed the supply from the Japanese company. Scalping has become a major issue as a result, with some amiibo being listed on eBay at extortionate prices just hours after going on sale. Preordering the latest amiibo products is also causing problems: the number of eager customers has previously been enough to crash Gamestop’s website, and a great number of preorders have been cancelled shortly after being placed.

“We appreciate the enthusiam that our fans continue to show toward amiibo,” Nintendo have said in their acknowledgement of the situation – “We’re trying to meet the demands of our fans and consumers by increasing the amount of amiibo we manufacture and ship to retail.” This may be far easier said than done however if it’s true that certain amiibo are actually made by hand. Obviously, a factor such as this is going to drastically increase the time it takes to produce more of anything.

The statement continues, “We are constantly looking for the opportunity to reissue amiibo and are already making plans to bring back some currently out-of-stock amiibo figures.” We learned earlier this year that three characters (Villager, Little Mac and Captain Falcon) are going to be re-released in Japan, but there has been no indication other than this short Facebook post that territories outside of Asia will be receiving more stock.

Nintendo concluded by saying that they plan to keep consumers and retailers better informed when it comes to new amiibo and their release dates, urging everyone to keep an eye on their social media channels, and press announcements. They also took the opportunity to mention “amiibo Tap”: a piece of free-to-download software for Wii U that released in April. Those people who have managed to get their hands on amiibo figures will be able to play snippets of classic NES and SNES games using amiibo Tap.

I’m Load The Game’s co-founder and community manager, and whenever I’m not answering questions on social media platforms, I spend my time digging up the latest news and rumors and writing them up. That’s not to say I’m all work and no fun, not at all. If my spare time allows it, I like to engage in some good old fashioned online carnage. If it’s an MMO with swords and lots of PvP, I’m most likely in it. Oh, and if you’re looking to pick a fight in Tekken or Mortal Kombat, I’ll be more than happy to assist! Connect with me by email markjudge (@) loadthegame.com only
@@MarkJudgeLTG
Previous Happy Birthday Minecraft! Free Skins for Xbox Consoles
Next Destiny’s Prison of Elders: Details revealed for upcoming House of Wolves expansion