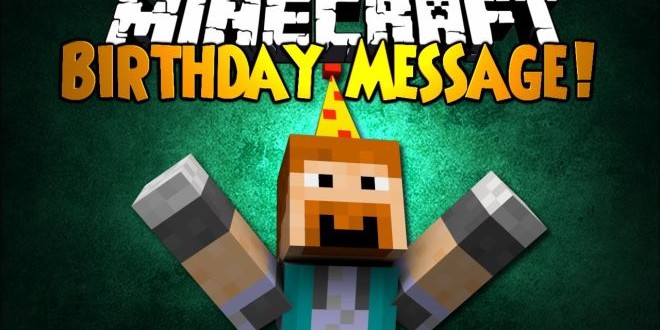 According to a press release on Mojang’s site, as of Saturday, Minecraft: 360 edition is officially three years old. To celebrate, Mojang is offering Xbox 360 and Xbox One fans three packs of downloadable skins. So, if you play on either of the consoles, sign in before the 17th of May to download the free content. These packs are available from the in-game store on console versions of the game. Xbox gamers will be able to download a brand new bundle of “veteran Mojangstas and a few cheeky extras.” This brand-new pack will provide users with skins of several of the original Minecraft development team. Long time fans of the series may recognize a few of the characters. In addition to this, players will also be able to download the birthday skin packs from the game’s first and second birthdays – should they not already have them. These two packs provide a variety of recognizable characters. You can see the images for the skins on the Mojang page here.

For fans of Minecraft on Xbox consoles, this should be nice a little addition to any of the content packs that you may already own. And for those that are new to the game, is the perfect opportunity to start collecting a few skins. This is especially true for Xbox One owners who would have missed this free content on prior birthdays due to the game’s recent release last September. Whether you’d prefer to dash about the game in a suit and party hat, as one of the developers, or as one of several familiar characters like: Banjo-Kazooie, Conker, or a Spartan – Mojang’s free content will only last until the 17th. So, rather than throwing a perfectly good cake at your television, as per their suggestion, try celebrating with some new free content. Happy Birthday Minecraft: 360 edition!

Hi I'm Daniel and I'm an aspiring writer, avid gamer, and wanna-be cook; I'm not quite certain in which order. I like all things RPG and if that means swords n' spells, all the better. But, provided it has a good story I'll probably want to try it regardless of what it is. I'm a Windows junkie, and I spend my time gaming on Xbox, PC, and my 2DS.
@@danielcooper179
Previous New Assassin’s Creed Teaser and Announcement Date
Next Nintendo Address Amiibo Shortage