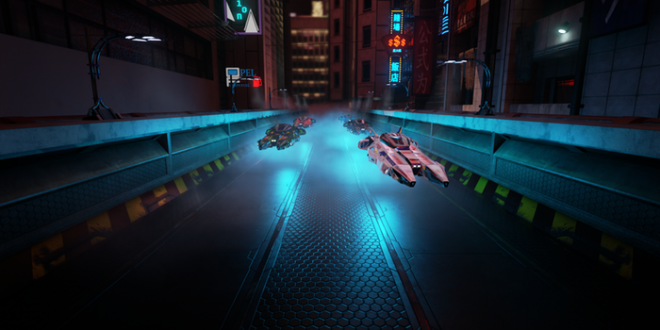 Today’s Greenlight spotlight is on Formula Fusion, an action racing game that combines the best from Wipeout and F Zero in order to create a game that reinvents the arcade racing genre. Being a huge fan of F Zero, I was excited to see this game pop up on Greenlight. Racing through futuristic environments at ridiculous speeds is something that racers just don’t manage to pull of in recent memory. Formula Fusion promises to bring the excessive speed back to the racing genre, boasting an open-ended amount of speed that can increase to the point of possessing a warp-speed quality. The speed, sleek visuals, and great soundtrack are all reasons why I am focusing on Formula Fusion for today’s spotlight.

Formula Fusion will feature weaponry that you can equip and use during races in order to gain a competitive edge. This weapon technology can be researched, which allows you to choose carefully which weapons you would like to attach to your vehicle. Weapons need to be charged in order to activate them, meaning that you cannot just spam abilities throughout the race, which adds a nice sense of balance. Being able to choose your weaponry allows you to customize your playstyle, meaning that you can decide to be offensive or defensive depending on what suits you best. 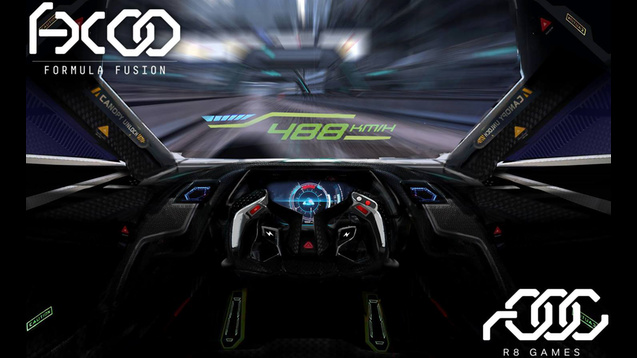 Along with a deep crafting/customization system, Formula Fusion presents adrenaline-fueled racing gameplay. Work your way up from the amateur class to become the best in the world, and do so through various high-speed and challenging races. On top of featuring basic game modes, the game also provides a first-person cockpit view, which will provide players with a VR-like viewpoint in order to achieve maximum immersion. There are also plans for eSports leagues for Formula Fusion, so we can only hope that the game generates enough publicity to hold tournaments and the like. I feel like a racing game of this caliber lends itself perfectly to tournament play, and I would find it very entertaining as a spectator.

Formula Fusion features 7 zones that contain 3 tracks each, as well as a final championship track, adding up to 22 different tracks to speed your way through. The game settings allow for customization including things such as time of day and weather effects. All in all, we can expect a fast-paced arcade racer with a good amount of customization, adding a fair amount of depth to the game as a whole. The amount of features listed on the game’s Greenlight page is impressive to say the least, so be sure to head over there and leave a vote and some constructive feedback if you’re interested. There is also still time to contribute to the Kickstarter, which has already reached it’s goal with ten days remaining.

I enjoy playing pretty much any type of game out there. My passion lies in finding the gems of the indie gaming world. When I'm not playing games, I'm programming them, at the gym, or tending to my small army of cats. Writing has always been a part of my life and I'm grateful for the opportunity to get my content out there for people to see.
@spf0227
Previous Bargain Bucket: Driveclub Re-Review
Next Steam Greenlight Spotlight: Tiki Galore