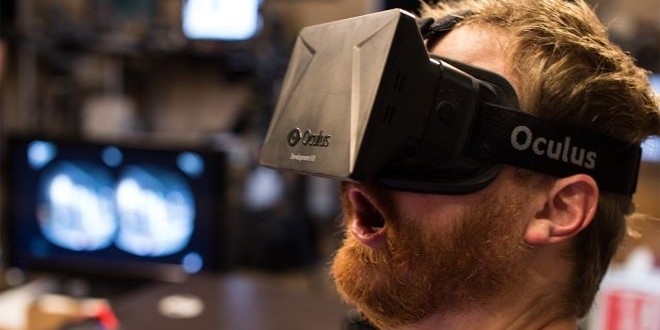 Is Oculus Rift The Future of Gaming?

When the Oculus Rift broke out onto the scene on Kickstarter years ago, there were a lot of skeptics. We had flashbacks to the Virtual Boy, and the broken promises that it represented as Nintendo made that failed attempt to shepherd us into the future. As we funded the Oculus Rift, we were making a leap of faith and hoping that the technology was truly ready, and we weren’t being sold another bottle of snake oil. Thankfully, as it turns out, the Oculus Rift was a huge success. Indie games are coming out for the Rift all the time, AAA games are porting over, and the Oculus Rift has made such a splash in the market that the industry behemoths in Valve and Sony have gone ahead and created competitors,

After Morpheus and Vive were announced, it seemed like what was once considered a gimmick that wouldn’t last in the industry has become a lot more serious. Are we finally ready to enter that world of virtual reality games? Has the time come to throw out your television and put on your headset as you’re transported to a brave new world? Ultimately, it’s going to be up to you.

As Sony, and Valve release their headsets along with the Oculus Rift, the market is going to have to make its decision and bring about the day of reckoning on the VR trend. If these headsets sell, then we’ll more than likely be seeing a true revolution into the world of VR. If they don’t sell, then we’ll unfortunately be using our Oculus Rifts as doorstops not unlike the Xbox Kinect. This is the nature of business, and we as consumers need to make sure that when VR drops, we’ve got to be ready to support it.

With the announcement of the Oculus Rift releasing in 2016, we need to see virtual reality as a much stronger reality, instead of a far-off fantasy only available in dev kits. The time has come to get excited about the Oculus Rift and its competitors, and I, for one, am prepared to face the VR revolution with open arms. If you are too, we might just see it happen.

I'm a college student studying journalism, and when I'm not studying, I'm writing here at LTG. I love indies and AAA's alike - I'm just a lover of this medium in general.
@MiCottuli
Previous A Sinking Ship: the Rise and Fall of SEGA
Next Revealed: The Most Watched Games in Youtube History