Breaking News
Home » NEWS » Microsoft discuss the Kinect and its future on Xbox One. 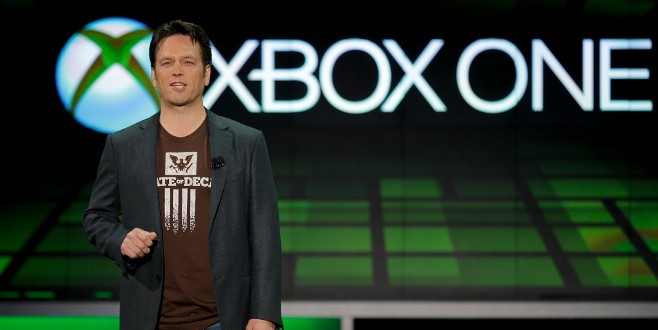 Microsoft discuss the Kinect and its future on Xbox One.

Since my article about motion controls has been published a few days a go, Microsoft’s head of Xbox, Phil Spencer has given an interview with Edge where he discussed the Kinect and plans for the device moving forward with the Xbox One.

“We’ll continue to build functionality to make it a valuable part of the ecosystem,” was Spencer’s stance was questioned about the seemingly forgotten peripheral. Microsoft have seen a boost in sales in recent months, and while they still lag behind the PlayStation 4 in terms over overall units shipped, they did outsell the Sony system in the US during April. Part of that success has come from Microsoft offering Kinect-free bundles,

“Price point’s really important for the console–we saw that over the holidays in the UK and US, where we did well when we dropped the price, which was great. And I want to make sure consumers have choice on how much they value the functionality of Kinect when they buy a console. If you want to go buy a Kinect console [bundle], then they’re still available. I think it’s a great part of the ecosystem. And if you want just a console, and either add Kinect later, or Kinect’s simply not something you’re interested in, we give you that choice as well.”

It appears that Microsoft have learnt from the mistakes they made at launched, and realised that they cannot force unneeded accessories on consumers. Giving the customer’s options has clearly helped Microsoft close the gap with Sony.

Spencer also acknowledged the systems deficiencies of the Kinect, and dismissed integration with some of Microsoft’s biggest franchises, “There are genres where Kinect works really well, but if you’re playing Halo or Call Of Duty, there’s not really a scenario that says, ‘Hey, I need a Kinect,'” This means there is going to an emphasis placed on dance games and party games, an area that motion controls in general excel. I would expect some Kinect exclusive reveals at this year’s E3 too, with Spencer stating “there are still announcements to come” when questioned further.

It is nice to see Microsoft show a sign of support for an accessory they championed so early in the Xbox One’s life. If they begin to focus on creating fun and exciting ways to use motion control again it gives them a huge edge over their competitors. Sony are still tight lipped over the PlayStation Move and Nintendo seem to be focusing on other areas right now. Hopefully we will start to see truly next generation motion control games soon.

A masochistic game reviewer, taking pleasure in games that beat me into submission regularly.
Previous LG Unveils Wallpaper OLED Panel
Next Nintendo reveals its plans for the Mobile Market