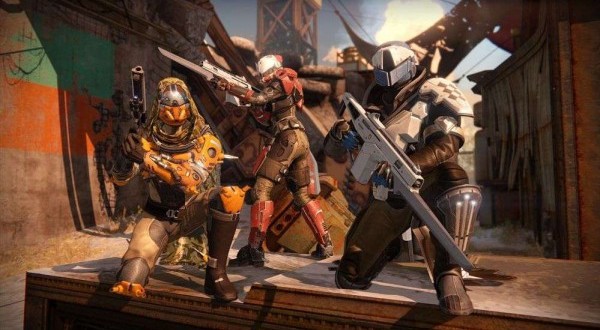 For Destiny fans, it’s been a long 6 months waiting for the arrival of the House of Wolves expansion. During this time, we’ve been running along the proverbial hamster wheel doing the loot grind as we waited for something better. Fast forward to April 22nd, where Bungie began the House of Wolves reveal livestreams by showing off the Reef, and the quality of life changes coming to the game. Even the most cynical fans were immediately cheering for Destiny, claiming that they’d been fixing the problems that have plagued the game since launch: making useless materials important again, upgrading old weapons so they became relevant, rerolling perks. It was the beginning of a wonderful month of surprise after surprise. We were captivated by the intense competitive potential in the Trials of Osiris, we were taken aback by the addition of a brand new game mode. Everything was looking up.

Despite all the positives coming to the game, however, one question remained: what about the story? Speaking as an obsessive buff of the lore of Destiny, the utter failure in storytelling that the game has been rightly criticized for since launch has just awful. The only thing that myself, and many like-minded individuals truly wanted out of House of Wolves was a story. At the very least, we wanted a story to be teased as we wait for true revolution to come during the “Comet”, the massive expansion all-but-confirmed to be coming this Fall. Now House of Wolves is upon us, and it’s time to test it. Is it delivering us the story that we truly wanted? Is it giving us something to look forward to? Can we wipe away the rancid memory of dinklebot?

In a word, yes. I write this moments after the 3 hour ride that I took rushing through the new story missions of House of Wolves, including the new Strike. We will have a full review of the expansion once adequate time has been sunk into both Trials of Osiris and Prison of Elders, but for now, I’m here to scream from the rooftops that yes, the House of Wolves expansion has a story. There are indeed characters who interact with one another, who you may even be inclined to care about.

I won’t spoil the story for any lore-focused individuals (a group of people who, after this expansion, I hope will grow,) but I can tell you that it works. Your two main quest-givers, Petra Venj (the Queen’s ambassador) and Variks (The last Fallen loyal to the Queen) are constantly on the comms with you as you do the story missions, even having some back-and-forth banter at times. Their voices are fantastic, and they both have loads of personality that keeps you more than interested.

The goal of these two is to guide Guardians such as yourself to stop the Fallen House of Wolves, once servants of the Queen who have risen against her, from amassing unspeakable power and reigning terror upon the people of the City and the Reef. Every mission has you keeping the House of Wolves from forging an alliance, or attaining a weapon of particular import. These had the potential to be entirely dull, but the voices behind Petra and Variks managed to make them exciting sequences that felt like they had a real impact on the world of Destiny.

Apart from a somewhat lackluster ending to the quest-chain (a side effect of the way that quests are given, and Bungie’s refusal to give us cutscenes beyond a trailer and an introduction,) the House of Wolves quest chain was satisfying the whole way through. I grew to care about characters, and appreciated the new attention to lore that we were given this time around. I wouldn’t call House of Wolves the proof positive that Bungie is dedicated to creating a narrative-driven game, but it’s definitely a step in the right direction. The true test will come this Fall, when Destiny begins Year 2.

After finishing the narrative, of course, there’s still much left to do. The hyper-competitive Trials of Osiris await, along with the horde-mode game type of the Prison of Elders. Whether or not you’re satisfied with this story, the expansion brings a promising addition to longevity in those new game modes. You can see our full review of the House of Wolves expansion soon!

I'm a college student studying journalism, and when I'm not studying, I'm writing here at LTG. I love indies and AAA's alike - I'm just a lover of this medium in general.
@MiCottuli
Previous Samsung’s Flow, helps bridge gap between its devices
Next Total War: Arena’s First Alpha Gameplay Trailer Has Been Released