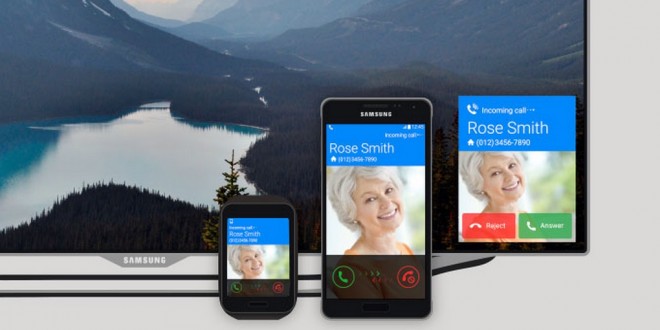 Apple’s continuity remains one of its ecosystems most-lauded features, which only its invested customers enjoy. So far, no other company has attempted to successfully bridge the gap between its devices – until now.

Samsung has introduced the Flow app, which allows content to be sent across its devices, taking more than a few notes from Apple in the process. Users can resume paused apps from where their previous device had left it. These features are carried out by using Google Android’s share menus. Alternatively, they can send content to be resumed on other devices when they’re next switched on, similar to Pushbullet. However, it also goes beyond what Apple is offering. Users can choose how the next device opens the app; does your Galaxy Tab S open a call request from the S6 as a video call? These are questions you’ll be able to ask yourself soon enough (assuming you have the latest galaxy devices).

The app is in beta, and is limited to the following: the Galaxy S5, S6, S6 Edge, Galaxy Alpha, Note 4, Note Edge, and Tab S. Although there is no mention of extending these functions to other devices, the promo video for the feature also showed content being sent to a monitor with a non-descript OS, as well as the Galaxy Gear. There was no mention of these features extending to other Android devices, keeping you locked into Samsung’s family of products. Are you interested in moving between devices with ease, but are uninterested in Apple’s ecosystem? Perhaps this is the option for you. Let us know in the comments below what you think of the beta.

Inbetween gaming sessions of Starcraft and Bloodborne, Nathan enjoys doting over the latest revelations in tech.
@@NathanPiccio
Previous According To Google, Your Secret Questions Aren’t Secure
Next Destiny’s “House of Wolves” Story Review