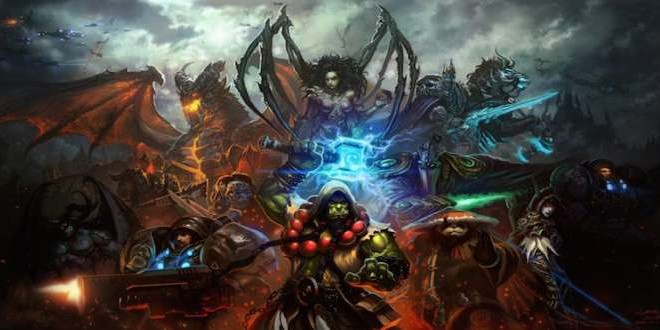 5 Ways Heroes Of The Storm Is Changing MOBAs

Heroes of the Storm launches on June 2nd, bringing with it a new hero, tons of new players, and a cavalcade of other goodies to be revealed when release is upon us. While Tuesday will mark the complete release of the game, many players have been playing Heroes of the Storm for quite some time now, throughout its alpha and beta phases. Heroes of the Storm veterans have quite a bit to say about the game already, not least among which is its ambition to turn MOBA’s on their head. Here’s just a few of the ways that Heroes of the Storm is shaking up eSports’ darling genre.

League of Legends and DotA 2, the main players in the MOBA scene right now, are known for having certain characters that qualify as heavy carries.  These are characters that become too good to handle if allowed to get experience and gold. In Heroes of the Storm, this concept is gone. Since all members of your team share one experience pool, nobody is going to become inherently more powerful than anybody else, and everyone on your team needs to carry their weight. If you jump into a Heroes of the Storm match expecting to get carried, you’re going to lose.

In the MOBA genre, teamwork is essential. If you don’t communicate in high level play, then you’re going to get destroyed. Heroes of the Storm takes this necessity of teamwork and pushes it to its limit, making it an integral mechanic in the game itself instead of a demand of the meta. Because of the game’s shared experience pool and heavy focus on capturing objectives, solid teamwork is no longer an advantage – it’s a necessity on all levels of play.

As much as you may love League of Legends, you’re likely getting tired of being welcomed to Summoner’s Rift. In Heroes of the Storm, there are 7 different battlegrounds (Many more to come). These aren’t just reskins of the same map, either – each battleground has its own unique theme and objective, and its own meta to take into account when drafting your heroes and planning your overall strategy. This adds an incredible amount of depth to the game, and makes you rethink the meta constantly.

Sure, in Heroes of the Storm, your goal is to destroy the opposing team’s core. But to get there, you’ll need more than your opponent making an early game slip-up to feed you. Heroes of the Storm is all about making constant decisions, and capturing objectives at opportune times to press your advantage. Capture siege and bruiser camps, send a mighty boss after your opponent, or take advantage of your battleground’s unique mechanic to make a win out of good shot-calling. This concept of sub-objectives in a MOBA is revolutionary, without a doubt.

Heroes of the Storm introduces a new role to the healer/tank/damage trifecta: the specialist. Specialists are all about throwing everything you know about MOBA characters in the garbage. Whether it be Abathur’s RTS style mastermind gameplay, Murky’s egg-laying siege-fest, or the Lost Viking’s three-man XP soaking, specialists keep on coming and continue to shake up Heroes of the Storm to its very core. These are characters you’ll never find an equivalent to in other games, and show the raw ingenuity that Blizzard has behind it.

If you haven’t tried Heroes of the Storm yet, it’s on open beta and you can download and play it any time you like. With the official launch on June 2nd, there’s sure to be a lot of new stuff coming for you to enjoy.

In a coming patch Heroes of the Storm will see a few changes to the ...