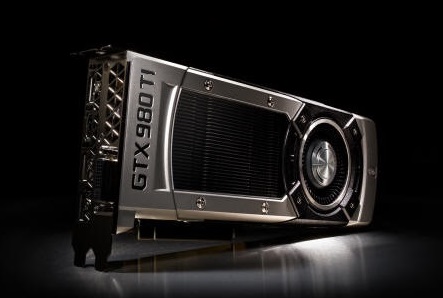 Nvidia announced recently the next model of their primary bread-winning graphics card, the GeForce GTX 980. With the new hardware bearing the name GTX 980 Ti, the tune-up includes more than just two new letters. While, as noted by CNET, the 980 Ti does not match up to Nvidia’s thousand dollar top-of-the-line monster, the Titan X, it does offer a step up from its predecessor.

Sitting at a price point of 649 dollars, the 980 Ti offers a fifty percent jump in RAM over its older brother, pushing capacity from 4 GB to 6 GB—though still providing only half of the Titan X’s 12 GB of RAM. Still, the card’s performance is nothing to sneer at if it lives up to Nvidia’s word, which claims through CNET that it enables “new games such as The Witcher 3 to run at 4K resolution at a reasonable 45 frames per second.”

It is noteworthy that the 980 Ti “clocked slower than previous cards at 1,000MHz,” but that “It makes up for it with a better pixel and texture fill rate.” For those who like to hold out for deals and bargains, Nvidia has two. Packed in for free with the 980 Ti is a PC copy of the promising Batman: Arkham Knight. The second deal caters more to those averse to early adoption. The standard GTX 980 will be taking a price cut upon the 980 Ti’s release, dropping to 499 dollars. Whether the extra muscle packed onto the 980 Ti is worth an additional 150 dollars investment will be elucidated once  PC gaming’s pixel-counters and tinkerers have sunk their teeth into it.

Previous The Apple Watch: Is it practical these days?
Next WB Announces LEGO Worlds – And You Can Play It Now