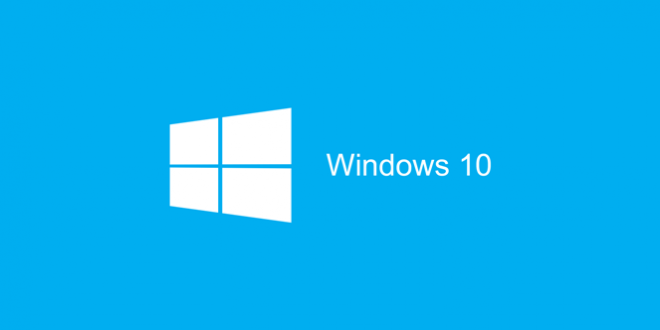 We’ve been in the era of Window 8 for some time now, and love it or hate it, most people would agree that it’s been an awkward time. An operating system that wasn’t necessarily ideal for business or leisure, it’s served as Windows’ stepping stone. Now, Microsoft has revealed exactly when we’ll see the fruits of their labor, and get to see the new Windows 10 in action.

In a blog post today, it was announced that Windows 10 will be ready to go on July 29th. If you’ve already got a Windows device, you can reserve your free update right now and install the operating system as soon as the release date comes along. If you don’t have a Windows compatible device, now might be a good time to go and get one – this is looking to be a fantastic operating system.

Windows 10 brings with it a huge amount of new features, bundled into the Windows experience that we’ve all grown fond of from the Windows 7 years. Returning the start menu and the classic desktop experience, Microsoft intends to strike down criticisms that Windows 8 received, with people panning their Metro mode for being too touch-centric. The reasons to download Windows 10, though, aren’t just to get your start menu back.

Windows 10 brings, first and foremost, Cortana – once the mascot for the Halo series, now re-branded as Microsoft’s answer to Siri. Cortana can answer questions, help you find files on your desktop, and set reminders for you. Cortana is intended to be the “first truly personal assistant,” and Microsoft is making something pretty special with her. Even if she doesn’t end up being incredibly useful, as a long time Halo fan, I’ll be having loads of fun talking to Cortana on my desktop.

Also coming is Xbox One/Xbox Live integration, Continuum (inter-device streaming), Hello (face/biometric recognition) and the brand new Microsoft Office 2016 suite, all coming to you for no cost whatsoever. We’ll see if critics receive Windows 10 any better than they did Windows 8, but I would put money on this being a smash hit. With a smooth, familiar interface and a frankly mind-boggling amount of quality-of-life improvements coming to the OS, all for no cost, we’re in for a fantastic new Windows experience.

I'm a college student studying journalism, and when I'm not studying, I'm writing here at LTG. I love indies and AAA's alike - I'm just a lover of this medium in general.
@MiCottuli
Previous Opt in for the new YouTube player
Next A Windows Phone App Review – Lara Croft: Relic Run