Breaking News
Home » NEWS » Fallout 4: Androids, the Enclave, and other things we can expect 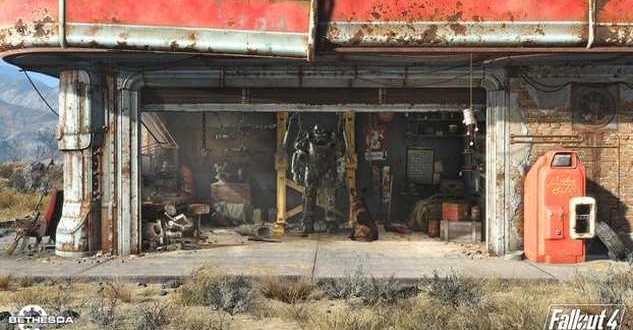 Fallout 4: Androids, the Enclave, and other things we can expect

From what can be seen in the newly released Fallout 4 trailer, the game will take place in what was once Boston, a city that is often connected with the Revolution that gave birth to the United States. In the alternative history of the Fallout universe, it appears as though many of the monuments that exist today to commemorate the American Revolution still stand, along with a few of the more contemporary structures like Fenway Park which has been converted into a city for survivors of the nuclear exchange between the United States and China. However, the area now exists as the Commonwealth, a land ravaged by war and despair.

That being said, it is likely that the Massachusetts Institute of Technology (MIT) will play a role in the story, or at least the remnants of the MIT that have been reformed into the Institute, a post war organization that played a role in one of the side quests in Fallout 3. In the side quest, you find out that the Institute has managed to create extremely realistic sentient androids, many of which escaped and are causing havoc in the Commonwealth. Working on behalf of, or at least with, the Institute is the Synth Retention Bureau of the Commonwealth Police, responsible for capturing androids that attempt to escape. On the other side is the Railroad, an organization dedicated to help runaway slaves of any kind, going to any lengths including facial reconstruction surgery (at least for androids).

With such a clear wealth of technology in the region, it is doubtless that the remnants of the United States government will make an appearance, especially considering how prevalent Vertibrids are shown in the trailer. Of particular note though, at around 1:59 on the trailer, there appears to be an advanced airship, flanked by Vertibirds. Of the post war factions, only the Enclave have access to the means to make such things (especially considering how you are tasked to destroy a giant mobile base in the Broken Steel DLC for Fallout 3), meaning that they will likely have a heavy presence in the area. While the Brotherhood of Steel has some control over the remains of pre war technology, they can barely get it operational due to limited resources, as seen in the case of Liberty Prime in Fallout 3.

So what does all of this mean? Given what we know of the area, it is possible that we will encounter another Fallout New Vegas scenario, where various factions are trying to claim the Institute and its technology for itself, while the average towns and cities are caught in a civil war of sorts over androids and their rights.

@https://twitter.com/thefallenlords
Previous Steam now offers refunds for almost any reason
Next The Rise of the Rogue-Like