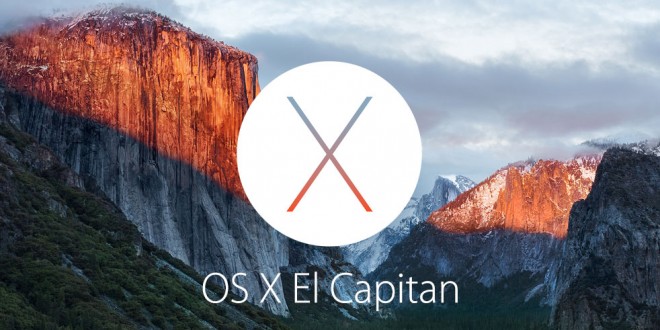 One of the many new (and somewhat expected) announcements at Monday’s Worldwide Developers Conference, was Apple’s new operating system OS X El Captain. In typical Apple fashion, the announcement came with an immediate release for developers. The public will be able to download it for free this fall.

In my personal experience, Yosemite has been a pretty flawed OS since day one (in Apple standards that is). Very frequent system updates, long boot-up time, program crashes, just to name a few. Basically, instability, which is not something you hear of when referring to Apple products. The tech giant will look to improve on that, while also announcing that their last OS has had the fastest adoption rate of any desktop they’ve released, at 55 percent. The biggest changes coming to your Mac laptop or desktop, will be beefed up security. Apple’s CEO Tim Cook backed that up when told the Washington Post earlier this year “We believe that everyone has a right to privacy and security.” The more cosmetic, and day-to-day changes to El Captain give the user more flexibility in their searches, windows, and graphics capabilities.

Metal for Mac will bring iOS 8 technology to your home computer. Originally designed specifically for their mobile platform, they now promise the advanced tech will drastically improve graphics in their newest OS X. Metal allows the developer to get into the GPU for more efficient processing, giving them a 50% increase in rendering speed. During the presentation, Epic games made a showed off a new game that was fully developed in Metal. While it was a fairly simple looking game and nothing too mind-boggling, it was still nice to see a practical application of a new system.

Aside from the Metal introduction, other new features will allow for spotlight searches to include more results including updated weather reports, Safari will now give you the chance to “pin sites & mute tabs,” Mail will have track-pad gestures, and a windows-esc approach to splitting windows or tabs on your desktop.