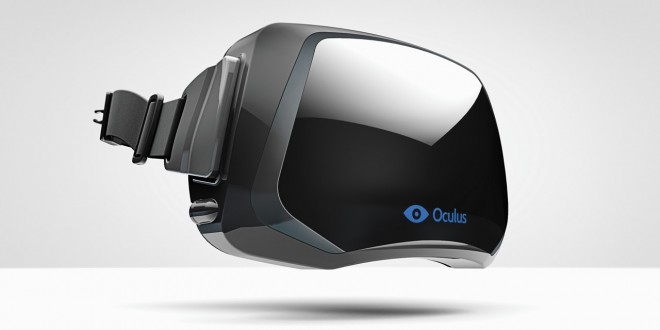 A couple of days ago Oculus held a conference to unveil the consumer version of their Rift headset. The conference was also in place to reveal several surprises: an Xbox partnership, a 10 million dollar pool to help indie developers, the announcement of various companies that are already on board developing for Oculus, and some Oculus exclusives. If Oculus was looking for something to help them stand out from its competition, they may have done just that. Whether you agree with that or not, Oculus have certainly done their best to get the ball rolling in the attempt to make VR a thing and not just a short-lived fad. The reveal of the actual working consumer Rift headset, the confirmation of big developers working on VR, and even the release of actual trailers showing game samples have made VR seem that much more real, that much closer – rather than futuristic dreams of fancy.

Now, I can see why Oculus would do everything it can to create incentive for indie developers and big companies to make games for its system. Without content the headset would simply gather dust and VR hopefuls would quickly lose hope for the new tech. What struck me as odd, was that Oculus had plans in motion for Oculus exclusives. The developers at Insomniac, creators of Sunset Overdrive and the Ratchet and Clank series, announced that they will be releasing Edge of Nowhere exclusively for Oculus. This is perhaps Oculus’ attempt at creating that one amazing game that makes people want to convert in droves to their system. To be honest, I hope that that one amazing game does appear; I would love to see VR stick around, regardless of the headset, and develop further. If you’ve not seen the Edge of Nowhere trailer I’ve provided it below.

However, the announcement of exclusives has me wondering if we’ll be seeing another console war type battle between VR headsets. With the Samsung Gear VR working exclusively with the Note 4 it seems likely that the competition will be between Oculus, Morpheus, and the Vive. For those that don’t have a Note 4, I’m sceptical as to whether the incentive will be there for people to purchase both the headset and the phablet. This is even more concerning considering that no VR headset has released a sales price, with the exception of Oculus’ worst case scenario pricing. With the assumption that each headset is going to have a rather high price tag; the addition of exclusives drives home the fact that the VR companies know consumers will only be picking one headset – if any.

For Oculus and the Vive, more so than Morpheus, the idea of exclusives seems strange to me, the headsets are extensions of the PC/console that they work on. I never considered them to be there own individual entities with their own exclusive titles. If both Oculus and the Vive work on a PC it seems strange that they won’t be able to play the same content, as the user of both headsets will be a PC gamer. But, Palmer Luckey, the founder of Oculus, had this to say on the topic,

“It is not ‘best for VR’ for us to spend those finite resources compromising around lowest common denominator feature sets in an attempt to support all headsets…Most software developers will end up supporting all available headsets to some degree, but you can bet on VR hardware companies (headset, input, capture, and otherwise) funding development of things that show off the cutting edge – expect that to accelerate as things like eye tracking, body tracking, emotional state sensing, and other technologies start to become part of VR hardware, and accelerate further as competition drives people in different directions.”

And what he says makes sense. It will be better for VR for developers to focus on a single headset and push their projects to get the best experience possible with the technology available. In my mind, it’s like they’re hoping to do what Xbox One did with Ryse, they were hoping to show off the consoles capabilities at the get go. VR devs won’t want VR to flounder with sub par performance when developers try to create games for all headsets; and again, in keeping with the analogy, much like Xbox One’s multitude of cross platform games that almost consistently under perform when compared with PS4. This played a large part in putting the PS4 ahead of the Xbox One in consumers minds. For any VR headset or game to take off, it’s going to want to stand out and utilize the system it’s on to the fullest.

But at the same time, if all of the headsets begin to release exclusives and start specializing all this makes me want to do is not buy any of them. Buying a new, and presumably expensive, piece of kit without ever having experienced it or seen what the others will be offering as exclusives makes a quick buy at release feel much more like a gamble. I doubt many consumers have actually experienced VR; I’ve only seen VR in videos online and I would assume many others are in the same boat. When jumping into the newest consoles, buyers knew to an extent what they were getting into; an Xbox One probably meant Halo, and a PlayStation 4 probably meant Uncharted. Until each headset has a little time to establish itself and get on its feet, it’s almost impossible to guess which headset would appeal to who. And considering that many won’t be buying multiple headsets, it could be argued that all exclusives will do is slow down user adoption of the tech. If both the Vive and Oculus functioned similarly on PC, I’m sure PC users would snatch them up; but if they perform differently and have exclusives, how would a PC user know at launch which would work better for her or his tastes? And how will we know where each headset is planning on going in the future, the Oculus now has basic hand tracing, will other VR headsets also?

It is a shame that we may be seeing a new headset war in the coming year or two. It would have been nice to simply purchase the headset that worked with the system that we gamed on. But, competition should force the various VR developers to up their game in an attempt to outdo the others. This should help increase the quality of content available to VR users. And at the moment, I’m unsure if I will be counted among those users; until we get a better idea of what each headset will do, the addition of exclusives only makes it more difficult to decide which headset is right for me and perhaps others. But, what are your thoughts? Do you think VR exclusives are a good thing or a bad thing? Will you be making the leap come release day?

Hi I'm Daniel and I'm an aspiring writer, avid gamer, and wanna-be cook; I'm not quite certain in which order. I like all things RPG and if that means swords n' spells, all the better. But, provided it has a good story I'll probably want to try it regardless of what it is. I'm a Windows junkie, and I spend my time gaming on Xbox, PC, and my 2DS.
@@danielcooper179
Previous DOTA 2 Being Reinvented
Next Bethesda Accidentally Announces Dishonored 2