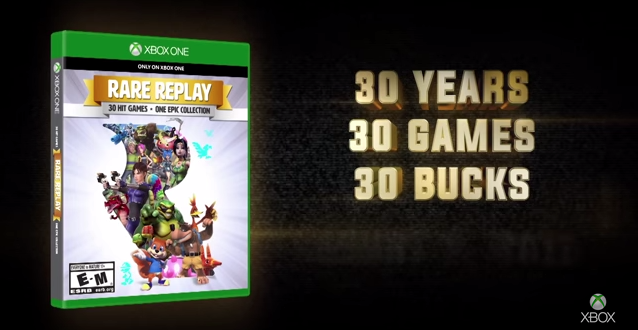 Rare Replay Coming to Xbox One on August 4

If we freeze the video at the 0:53 mark (a screenshot is shown below), we can get a better look at what titles might be included with this collection. The logos for Perfect Dark, Perfect Dark Zero, Banjo-Kazooie, Banjo-Tooie, Jet Force Gemini, Battletoads, Grabbed by the Ghoulies, Viva Pinata, Viva Pinata: Trouble in Paradise, Snake Rattle ‘n’ Roll, Knight Lore, R.C. Pro-Am, R.C. Pro-Am II, Sabre Wulf, Digger T. Rock, Blast Corps, Solar Jetman, and Kameo: Elements of Power can all be seen in the video. 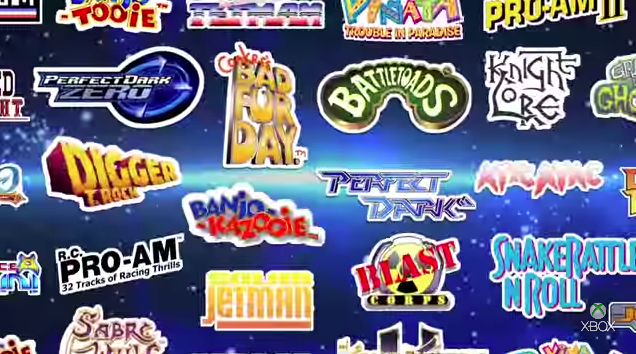 That’s 18 classic Rare titles, and the video promises that the collection will include thirty games. Rare Replay is going to be absolutely fantastic – the Banjo-Kazooie games, Jet Force Gemini, Conker’s Bad Fur Day, Perfect Dark, Blast Corps, Battletoads, and the Viva Pinata games are all fan favorites already, and the collection will give players a chance to play all of these games on Xbox One along with other great titles from Rare. 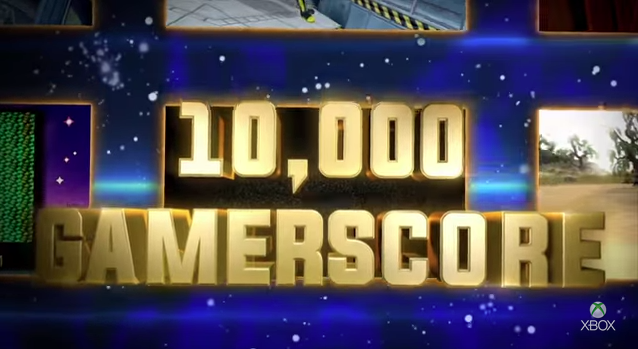 Rare Replay will reportedly include achievements that add up to a stunning 10,000 gamerscore – when the game launches, it will replace Halo: The Master Chief Collection as the Xbox One game with the most achievements. The Donkey Kong Country series and GoldenEye 007 are absent from the collection, but this is to be expected, as those franchises have shifted hands in recent years. Even without these games, Rare Replay is shaping up to be a really awesome addition to the Xbox One library.

Did you see anything in the video that we missed? Is there a specific game you’re looking forward to playing on your Xbox One? Let us know in the comments, and keep checking back with Load The Game for more news throughout E3 2015.

I'm Aria! When I'm not doing other things, I'm either playing video games or writing about them. If you like games, anime, and random stuff, you can follow me on Twitter @Sage0fForest
@@Sage0fForest
Previous Xbox One Will Be Backwards Compatible
Next Xbox Game Preview – Early Access on Console