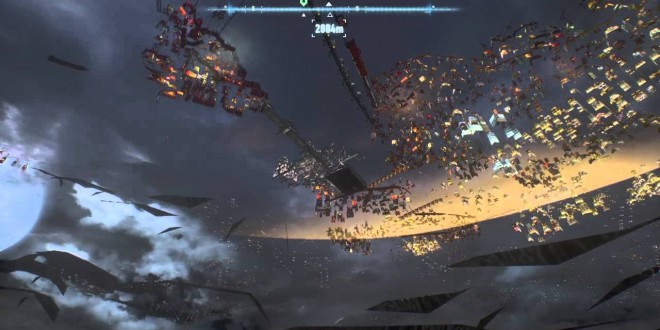 You would think that Gotham would be hiding something underneath it’s seedy streets. But, as the weeks fly by, not the case. While Batman: Arkham Knight has enjoyed a nice, steady release, several players (including myself) have encountered a peculiar glitch. It happens right after a loading screen, and before you know it, you’re watching Batman fall through the streets…and into whatever pixelated dimension Rocksteady Studios created.

There hasn’t been an official patch for this glitch, and it doesn’t look it’s coming any time soon. Several Youtubers have expressed their frustration at this unfortunate glitch (some of them have said that the glitch occurred when they were at 96% completion).

“I’m really hoping that this is fixed because I planned on going through it again on New Game + but I’m not starting over from scratch,” said The Rayez Revolution, “This [expletive] is unacceptable.”

Despite this setback, there are a couple of ways to get around it.

One way (and depending if you’re lucky), is to grapple onto the nearest object. It took me a couple of tries before I was finally able to get the bat-claw to attach to something. Once I was carried to safety, I was able to continue the game.

The second way is to keep logging in and out of the game until Batman spawns onto some solid ground. Might seem like a lot of work at first, but that sense of relief you feel at the end is worth it.

The third and final way (this is, by far, a last resort), you could restart the game. The only problem is that you lose all of your hard-earned progress, especially if you’re 75% of the way through Riddler’s trophies.

Rocksteady Studios has yet to issue any sort of statement concerning the glitch. It’s a bit of stretch, but it may be possible for the upcoming Batgirl DLC to fix this. While we sit and struggle to figure out what’s at the bottom of Rocksteady’s pixelated pit, what are your thoughts on the matter? Have any of you encountered this issue?

When he's not venturing Hyrule, he's probably out on the tennis courts. His Y-axis is always inverted.
@slimjimmy_
Previous Fallout 4 and more at QuakeCon 2015: Where to watch and what to expect
Next Hold Onto Your Wallets, October And November Will Be Hitting Gamers Hard