Breaking News
Home » ARTICLES » Hold Onto Your Wallets, October And November Will Be Hitting Gamers Hard 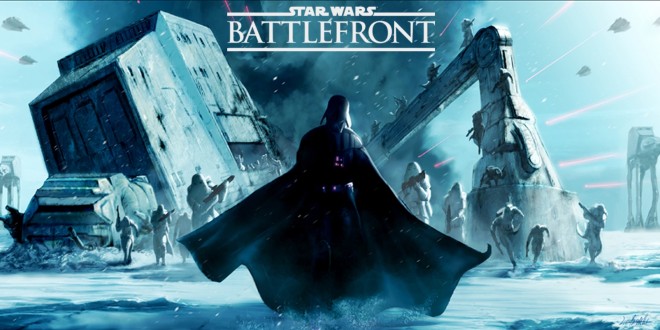 Hold Onto Your Wallets, October And November Will Be Hitting Gamers Hard

There must have been a point in our lives where we looked into our wallets and figured, “Well this is the day I go broke.” And after hours upon hours of playing the latest titles, you look around the house and whisper to yourself, “Totally worth it.”

Well fellow gamers, that day will come soon. It’ll begin on October 6, and end on November 17.

We’re going to be seeing sequels to titles that are being released almost five, even ten years, after their predecessors. They include Guitar Hero, Rock Band, Fallout, Rainbow Six, and (dare we say it) Star Wars: Battlefront. From what’s been revealed, for each and every one of these games, we have enough reasons to be excited for them. Guitar Hero has new controller/musical library, Fallout 4 introduces limitless gun customization, Rainbow Six is breaking away from Las Vegas, and Battlefront brings the Star Wars experience to an all new level.

Of course we can’t forget about Steam. They deserve an honorable mention for their Alienware Steam Machine, which is being released on October 16.

Indubitably, we’re going to be seeing a battle of epic proportions between the major developers. Aside the aforementioned titles, you’ll have Assassin’s Creed: Syndicate, Halo 5: Guardians, Need for Speed, and Call of Duty: Black Ops III. While the new Assassin’s Creed takes during the Industrial Revolution, there has been a lot of anticipation for the next Halo installment and especially the next Call of Duty (it’s Treyarch folks, can’t go wrong there).

But what’s more shocking is that all of these games are being released within days of each other. And pushing aside Steam’s console, you’re roughly looking at almost $540 worth of games (if you’re deciding to buy the standard editions. If you’re looking at special or deluxe editions, expect to pay much more).

Now, the question that remains…is what are you going to buy first?

When he's not venturing Hyrule, he's probably out on the tennis courts. His Y-axis is always inverted.
@slimjimmy_
Previous Batman: Arkham Knight’s Endless Falling Glitch (No Official Fix, But Some Tips)
Next Nintendo President And CEO Satoru Iwata Passes Away At 55