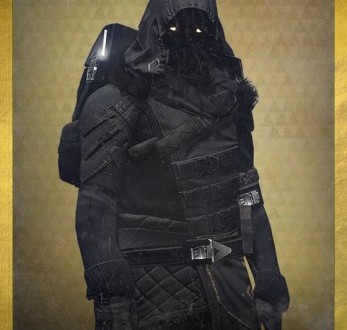 (If you want to see how Bungie will change how your favorite normal weapons, read Destiny weapon changes inbound-Part 1: Normal weapons.)

With all the weapon balancing changes that Bungie intends to do with Destiny, it is needless to say that your favorite Exotic and raid weapons will be affected as well. While this will bring new life to some weapons, other weapons will be negatively affected, likely decreasing their usefulness.

What is likely one of the most elusive, most coveted, and most destructive weapons in Destiny is getting a nerf. As it stands now, one rocket from this rocket launcher deals damage that is roughly to two rockets from any other rocket launcher. With the upcoming update, the secondary Woflpack rounds will no longer deal the same amount of damage it does now. This is in an effort to make other weapons more viable, when Bungie could simply reduce the sheer variety of bullet-sponge enemies instead.

The most notorious Crucible weapon is receiving a nerf, with a reduction in the poison effect to a third of what it was. This means that it will likely do 2 damage per tick, but multiple damage over time effects will now stack with it, including other Thorn shots.

Space cowboys beware, because your weapon will have 50% less range and it will kick 33% more. Plus one of your bullets will no longer be glitched and deal extra damage when it shouldn’t. But at least it will be easier to land shots while firing from the hip.

Hard Light looks like a futuristic laser gun, and soon it will act like one. With the potential to have almost maximum stability (and thus almost no recoil), and infinite range, Hard Light will at least behave like it’s actually shooting light at people.

One of the hardest to obtain weapons in the game is finally getting a buff that will attempt to make it worth using. With a 50% increase in stability, and an increased magazine size, it will be somewhat easier to use. But the exotic perk will now work all the time, letting you cause more lethal explosions from headshots whenever you want.

You can actually use it now. It will be faster to handle in all respects, and the exotic perk will increase precision damage upon activation.

Expect to wait longer for bullets to recharge. More than 50% increase in recharge time per bullet, from 5 seconds to 8 seconds.

It will now be impossible to get a really lucky bullet that instantly kills someone in the Crucible. Furthermore, two extra bullets will be added to the magazine to make it harder for the lucky bullets to make their way to the chamber.

Become the best space medic there is with a perk that lets you heal allies three times as fast.

No more free bullets. Activating the unique perk will take bullets from your inventory like any other gun. This means that the perk will essentially only make it so that you don’t have to reload.