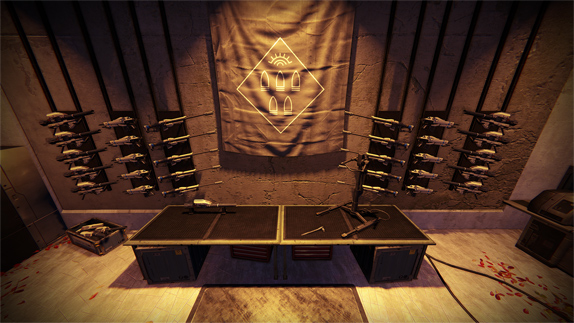 With just a little over a month left before Bungie releases The Taken King expansion for Destiny, it was inevitable that there would be a major patch hitting Destiny sometime soon. Today, Bungie released the details on what they plan to be doing to your favorite (or most hated) classes of weapons.

Damage is increased across the board, effectiveness in PvE is increased by 10%, range is reduced, and stability is lowered. The rational behind this is to ensure that auto rifles are the close range weapons they are meant to be.

Slight decrease in stability across the board in exchange for an increase in magazine size. Medium pulse rifles will deal slightly less damage, but the change is so slight (2.5%) that most encounters in the Crucible will be unchanged.

Near trivial increases to base damage for all but the slowest firing scout rifles in the Crucible. Essentially, this means that you have an easier time stealing kills. Magazine sizes are increased across the board in exchange for a decrease in hip fire accuracy. Scout rifles will likely become the most versatile PvE weapons with a 5% increase in damage.

All range increasing perks are much less effective, whether it be Shot Package (reduced by 30%) or Rangefinder (reduced by 75%). Furthermore, precision damage is lowered by 10%, along with a 10% decrease in damage in PvE.

The only change is that the Final Round perk (increased damage on the last bullet in the magazine) only affects precision damage. This should make it impossible to abuse the perk in the Crucible for instant kill body shots, although it does disproportionately affect it’s utility in PvE.