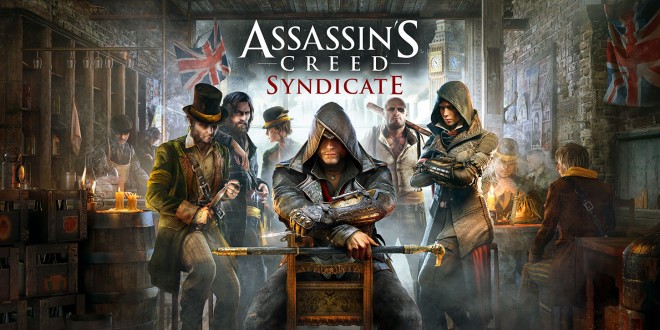 At Rooster Teeth’s annual convention for their fans, Ubisoft unveiled a short gameplay demo of a never before seen mission of their upcoming game, Assassin’s Creed Syndicate. In it, Evie Frye had to assassinate Lucy Thorne, a Templar who knew the location of one of the Pieces of Eden.

Like in Assassin’s Creed Unity, you have multiple ways to approach your target. Some of those ways may be more direct, others can be stealthy, and others allow you to enlist help along the way. In the gameplay shown off, Evie elected to enlist the help of the Royal Guards by freeing their commander from Templar captivity. Along the way, her role as the stealthy character was emphasized by new and returning abilities and gadgets.

Some of the abilities and gear will benefit one of the characters more than the other however. For example, both characters can carry throwing knives, but Evie can carry more than her more combat focused brother. Evie can also become slightly translucent when in cover, to further accentuate her stealthy nature. As befitting the time period, Evie also carries a cane sword rather than an actual sword, which lets her make many smaller strikes rapidly.

Naturally, since there are two playable characters, you can switch between the two in the free play mode any time you want. Like it was claimed with the latest Assassin’s Creed games, player feedback from the other games were used to tailor missions so that in theory, the missions in Syndicate should resemble your favorite missions from the other games.  Both of the Frye siblings also have individual stats and upgrades, but some missions will require you to play as a specific character, so it is encouraged to switch between them to prevent one from being too ineffective.

That being said, both characters are still proficient in the things that make Assassins what they are. This was well demonstrated in the gameplay demo when Evie used the Royal Guards to distract the Templar Guards so that she can make a direct attack on Lucy Thorne. Evie could still take quite an amount of damage, and could easily return damage with her cane sword. In almost no time at all, she beat Lucy senseless so that she can utilize the signature hidden blade to kill her.