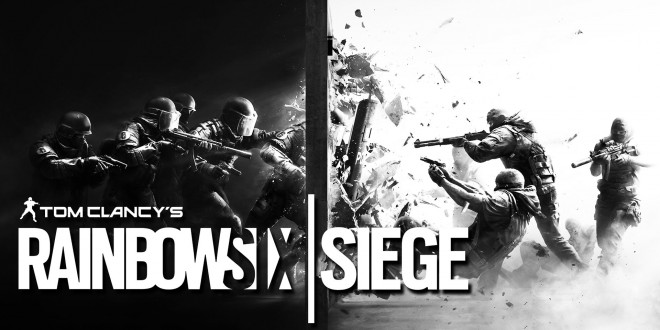 On the final day of RTX, Rainbow 6 Siege made it’s final debut with a live, unscripted demo of the competitive multiplayer. The two teams would comprise of Achievement Hunter and Funhaus, hardly the usual group of professional competitive gamers that companies like to pull out to show off their games.

The attackers have to capture a room within 4 minutes, and the defenders have to defend the room. Alternatively, you could simply kill everyone on the other team. Fortunately, Siege matches will force teams to switch sides upon a victory, thus you have to prove your proficiency in both attacking and defending to win. If there is a tie, there is a tiebreaker round, though the sides will be randomly determined.

The first round of the match had both teams getting acquainted with the controls and the overall feel of the game itself. Naturally, this resulted in a friendly fire casualty at the hands of Gavin Free on the Achievement Hunter team within a minute of the game starting.

Fortunately, this round did give a good demonstration of all the new gadgets that you can get your hands on compared to the earlier Rainbow 6 games. This includes breaching hammers, grenade launchers, heartbeat sensors, and drones for scouting out enemy positions.

The first round would go to the Achievement Hunter team, despite their initial problems with figuring out how to best defend the objective.

Now that both teams are more familiar with the game, things would get more serious. Drones would be used extensively to figure out what kind of defenses could be expected, while fortifications were placed more frequently and with better positioning. It is in this round that Michael Jones of the Achievement Hunter team would find out that barbed wire will kill you.

This round would ultimately go to the Funhaus team, a fair indicator of how individual skill can only go so far.

The tiebreaker round proved to be the most intense for both teams as they figured out how to use destructible environments to their advantage by creating small holes in walls to fire through. It also proved to be the round where they realized that having multiple people playing as the same class on a team is a disadvantage.

The tiebreaker round would eventually go to the Achievement Hunter team as they won both the attacking and defending roles.

@https://twitter.com/thefallenlords
Previous Rainbow 6 Siege makes an appearance at RTX 2015 with live gameplay demo
Next RTX 2015: A recap of entertainment news from the convention