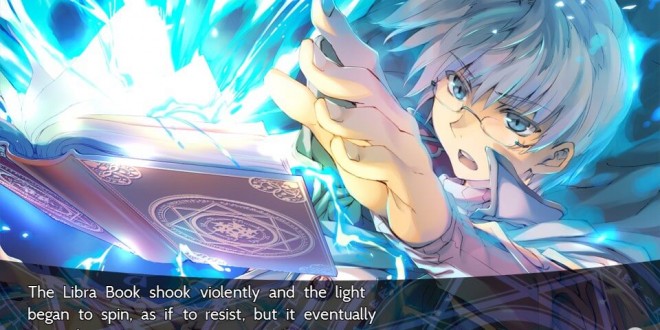 It’s surprising that Dungeon Travelers 2: The Royal Library and the Monster Seal made it outside of Japan, since most of its predecessors are unknown to anyone but the most hardcore fans of Japanese game publisher Aquaplus (or the developer Leaf). In 1997, Aquaplus released  To Heart, a visual novel targeted exclusively at adults. In 2004, To Heart 2 released to a larger audience, eventually appearing on PS2, PSP, PS3, and PC. Like the first game, To Heart 2 was a dating simulator that focused heavily on erotic art and romance-based plot lines. Interestingly, that series soon got a spin-off (developed by Sting) called To Heart 2: Dungeon Travelers, which took the girls from the To Heart games and threw them into a hardcore JRPG. That game got a 2013 sequel on PSP, and now that game has come to the West as Dungeon Travelers 2. Now that the history lesson is over, let’s talk about the game: The game is a traditional hardcore JRPG that comes in the form of a first-person dungeon crawler. If you’ve played the Etrian Odyssey series, you’ll recognize the gameplay right away. In fact, Dungeon Travelers 2 plays a lot like Etrian Odyssey. Take away the map-making elements of Etrian Odyssey, add an insane amount of fan service, a cliché JRPG premise, and wrap it all up in a muddled plot – that’s basically what Dungeon Travelers 2 is. There’s a lot of great gameplay here, but there are quite a few missteps that keeps it from being anywhere near as good as the other games in the genre. 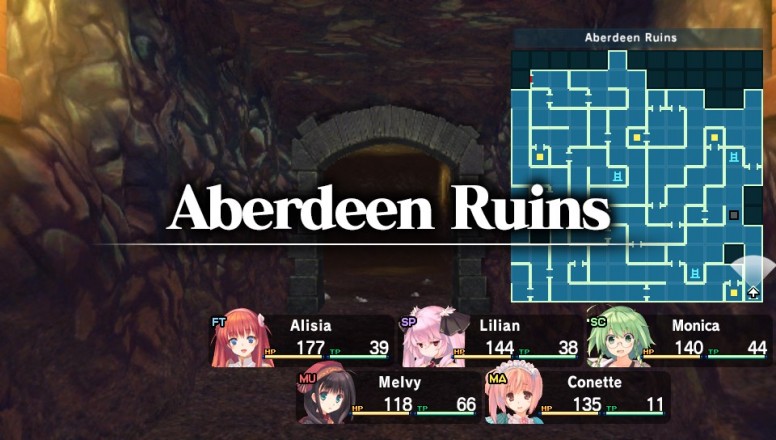 First, let’s talk about the strongest part of the game: the actual gameplay itself. Dungeon Travelers 2 is a hardcore JRPG with a ridiculous amount of content. It’ll take the average gamer around eighty hours to roll the credits on the story mode, and there’s still a lot to do afterwards. There are 33 classes in the game, and an insane number of items to collect and enemies to defeat. The battle system is turn based, and your party is organized in two rows. Some classes (e.g., fighters and berserkers) are great for causing fast, hard damage in the front row. Other classes (e.g., magic users and maids) do their best work in the back row, casting spells from a distance and providing support to the other party members. If you’ve played a lot of JRPGs before, this probably sounds familiar – and it is. Once you’ve made it through your first few dungeons, you’ll find your fighting style and feel comfortable exploring the many dark corners of Romulea. Despite the frustration that the other aspects of the game might cause, the core gameplay is solid. The wide variety of classes and skills keep you invested in leveling up your party members and switching them out in order to create the best team for the situation you’re in. The ability to create sealbooks is one of my favorite parts of the game – once you defeat nine of a certain enemy, the combined power of your fallen foes can be used to create a sealbook that can be equipped by one of your party members. These have passive effects, like increasing or decreasing your encounter rate or impacting the amount of XP that you earn. When you defeat bosses, you can use their power to create grand sealbooks that can only be equipped by the main character. Since he cannot directly participate in battle, the effects of the grand sealbooks are usually more significant than those of the ordinary sealbooks. This adds an extra element of collection to the game, and it’s a lot of fun to crawl through dungeons searching for the last few enemies you need to defeat to get a new sealbook. As for the sound, the music could have been more memorable, but it was entertaining and set an appropriate tone for the game. The voice acting was enjoyable as well, and the audio elements definitely contribute to the gameplay. When it comes to the vast majority of gameplay elements of Dungeon Travelers 2, I didn’t find anything to complain about.

When we start talking about the rest of Dungeon Travelers 2, it gets harder to recommend. In this game, your party is made up entirely of young women. You play as Fried, a Libra with the power to seal monsters inside of a magical book that harnesses their power (though he can’t do much of anything until the girls bring the monsters to the brink of death). The traditional term for a game like this is a “harem” game, but I despise the term. Anyway, an ancient conflict has once again come to Romulea. Long ago, humans fought against monsters that were working for the evil Demon God. When issues arise with shrines throughout the land, the monsters begin to appear again. Thus, Fried is pulled from his comfy job working in the Royal Library and sent out into the field – it’s here that he meets the girls that will form your party (and the muscle that keeps Fried from being completely destroyed by the monsters). As far as JRPG plots go, this is a pretty generic one. That’s not always a bad thing – sometimes games use cliché setups to make statements about social issues, the world within the game, or the gaming industry in general. There is a bit of this in Dungeon Travelers 2 – one of the most interesting parts of the game is the set of exchanges between two traveling animals that both teach game elements and poke fun at the ridiculous nature of the genre. Other than that, though, there’s not much that sets Dungeon Travelers 2 apart from the other JRPGs on the PS Vita. This wouldn’t be as big of a problem if the Vita weren’t already packed with some of the best JRPGs in recent memory. 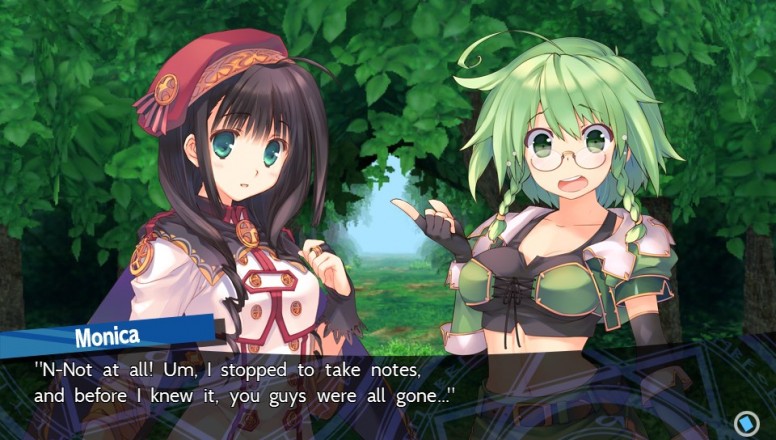 If you’ve heard of Dungeon Travelers 2, it’s probably because of the visuals – and I mean the character art, not the environments (which, for the record, are well drawn but easily forgettable – especially since each dungeon tends to look almost exactly the same all the way through). Unfortunately, these visuals are also what are going to drive a large group of gamers to give up on the game before they reach the halfway point. If you haven’t already heard, Dungeon Travelers 2 had a tough time getting the ESRB to give it a mature rating. As it was, the ESRB handed it an adults only rating, which makes any game incredibly hard to market. Aquaplus teamed up with ATLUS to edit four images, and this satisfied the ESRB. Just because a few images were edited, though, doesn’t mean that the remaining art isn’t incredibly risqué. Now, I’m no stranger to ecchi art in anime, manga, and video games. Since the 1970s, we’ve seen fan service in almost everything. It’s not always a big problem though – I thoroughly enjoyed Conception II: Children of the Seven Stars, Lord of Magna: Maiden Heaven, and Senran Kagura Shinovi Versus, even though those games were packed with fan service. There are also a lot of great examples of manga and anime that manage to be absolutely fantastic while using ecchi art. The problem comes when the sexualization of the characters gets in the way of everything else. That’s what happens in Dungeon Travelers 2. 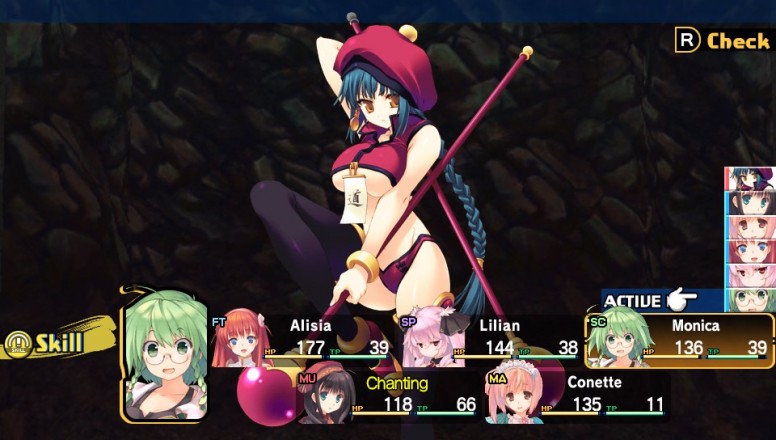 The “monsters” you fight are almost exclusively young women in extremely revealing outfits (if they’re wearing outfits at all). You’re playing as women who are portrayed as strong and sexy, and I’m totally okay with that (though their blind and eager obedience to Fried is a bit frustrating). But you’re also being encouraged to kill and absorb the power of women who don’t look too different from your party members. You do get the occasional anthropomorphic fruit monster, but most of your enemies are women. None of the enemy images really move (think the combat sequences from Shin Megami Tensei IV), so you’re stuck staring at the same image until you defeat the enemy. One monster in particular depicts a young woman hanging upside down and appearing to be touching herself in particularly inappropriate areas. Similar images are shown during dialogue sequences and almost every single time you defeat a boss. What’s even weirder is that these images are saved in a gallery that can be accessed from the main menu (without even loading or starting a save file), so it’s almost like these images are rewards for your in-game achievements. Again, I do not have a fundamental problem with incorporating a specific art style or elements of fan service into pieces of work, but as a gamer I get frustrated when these elements actively detract from the experience that I’m having. There’s nothing worse than getting really excited about a particularly exciting dungeon and then being stuck staring at a ridiculous piece of erotic anime art while a few characters have a bland conversation for about a minute (and this definitely happens, as Dungeon Travelers 2 can be heavy on text at some points). The discussion of what the prevalence of this art style in a lot of our favorite games (certainly not just this one) says about the state of the industry and our society is something that should definitely be discussed (in another place at another time), but the point here is that the art style of Dungeon Travelers 2 completely overshadows what is otherwise a deep, complex, and entirely competent JRPG. 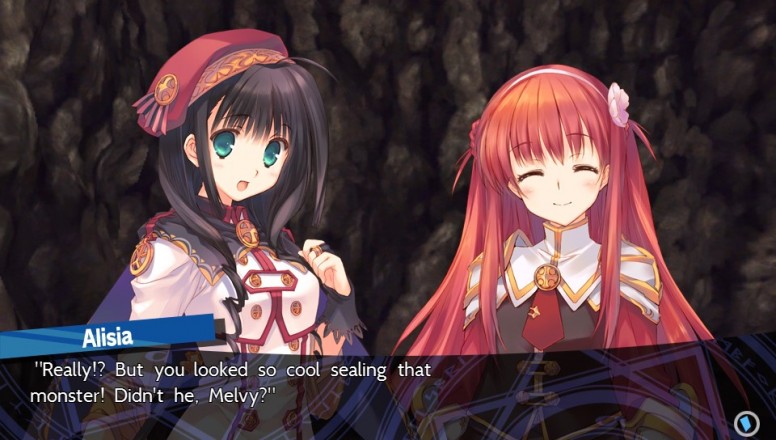 Playing Dungeon Travelers 2 was an interesting experience. I had a lot of fun with certain parts of the game, but others frustrated me – and some just made me uncomfortable. The light tone of the game, the wealth of content, decent voice acting, and solid JRPG gameplay are all great reasons to play the game, but the confusing plot and the constant barrage of over-sexualized character art are going to be incredibly hard to get past for a large number of players. If you’re an avid JRPG gamer who doesn’t mind wading through uncomfortable images to get through a relatively well-balanced dungeon crawler, then this one is definitely worth checking out. For everyone else, you’ll definitely want to read up on Dungeon Travelers 2 and watch some gameplay before you decide to take the plunge. The good news is that, if you do start playing Dungeon Travelers 2 and you enjoy it, you’ll be spending dozens of hours exploring Romulea and discovering the secrets that it holds. If you can’t get into it, don’t worry – there are already a lot of amazing JRPGs that have launched this year, and even more are on the way. 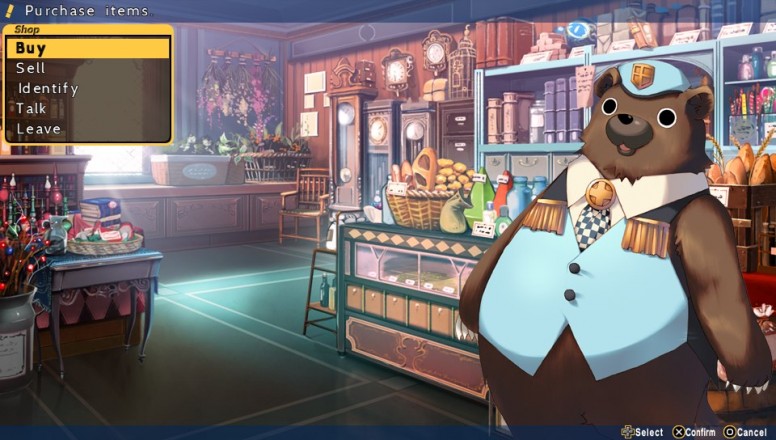 When you really get down to it, Dungeon Travelers 2 is a hardcore JRPG that has great gameplay elements, but they’re buried under distracting fan service and a plot full of tired JRPG clichés. But, hey – you can buy ice cream from penguins and ramen from bears, and that’s pretty amazing.

Dungeon Travelers 2 is a hardcore JRPG that has great gameplay elements, but they're buried under distracting fan service and a plot full of tired JRPG clichés.

I'm Aria! When I'm not doing other things, I'm either playing video games or writing about them. If you like games, anime, and random stuff, you can follow me on Twitter @Sage0fForest
@@Sage0fForest
Previous Star Wars Battlefront: You weren’t going to play that campaign anyways…or were you?
Next Destiny: The Taken King- News from the Twitch stream of Year two and how it affects you