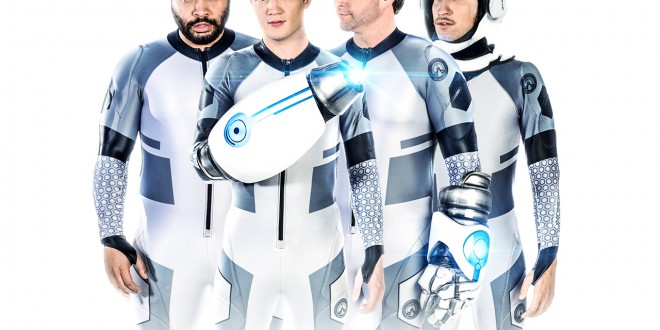 Lazer Team gets a release date

Lazer Team, the first live action movie from Rooster Teeth, has finally got a release date. On Thursday, Septermber 24th, the movie will debut for the first time for the general audience. This puts it not only in front of Star Wars: Episode VII, but also in front of many other AAA game releases such as Fallout 4.

The movie itself is based on the premise that we are not alone in this galaxy, and there are beings out there that have intentions that may not coincide with our desires to continue living as a species. Fortunately for humanity, other aliens want to help us fight this menace, and as such a suit of armor is developed in secrecy for a singular Champion of Earth.

While this sounds very similar to the general story of Halo, here is where Rooster Teeth puts a spin on the genre of a singular supersoldier fighting off an alien threat. While the super suit is being transported to another location, four idiots claim pieces of the suit, and are thus humanity’s newest best hope.

Burnie Burns, Gavin Free, Michael Jones and Colton Dunn portray the four idiots in question. Other members of Rooster Teeth will make an appearance in the movie, though in less prominent roles. Burnie Burns stated that any fears that fans may have of prominent members of Rooster Teeth not appearing in their own movie was one that they kept in mind early on, and as such they made sure that it was not merely a movie with their logo on it.

The movie’s budget of $2.4 million was raised through crowd funding on Indiegogo, holding the record for the highest funded film campaign on the site.