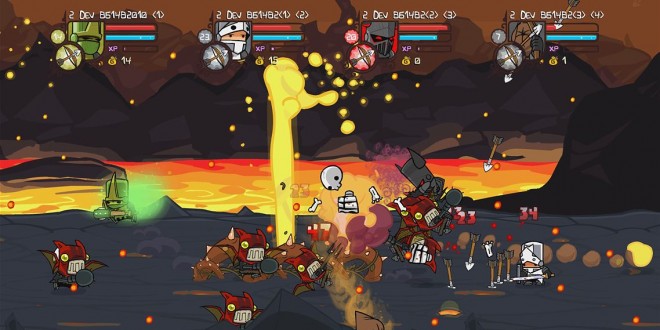 Castle Crashers was one of the biggest games on the Xbox 360’s Xbox Live Arcade. Its bright art style, excellent multiplayer, and insanely fun gameplay made it an instant hit. Since then, we haven’t really seen much like it. Thankfully, The Behemoth has seen it fit to bring the glorious adventure into the next generation with Castle Crashers Remastered on Xbox One.

As far as the gameplay in Castle Crashers Remastered goes, not a whole lot has changed – but that’s a good thing. Weapons stats have changed, the Insane Store (previously on PS3 and Steam) has been added, unlocking characters is a bit different, and gold no longer transfers between characters. Some slight aesthetic changes have been made to a few weapons and stages, but the vast majority of the content has been carried over from the original game. The insane stages, crazy enemies, and silly NPC shops are all here, and the feeling of taking down enemies is still fantastic – no matter which character you’re using. Leveling up all your characters doesn’t feel like a grind as much as an opportunity to revisit some really amazing experiences – especially if you’re playing with friends. 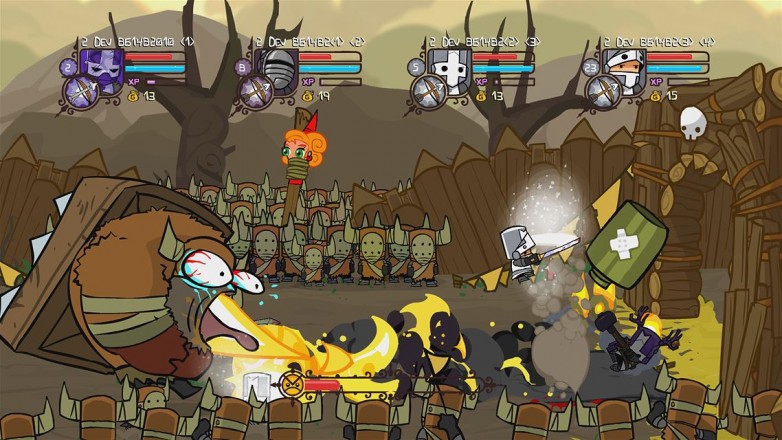 The multiplayer, by the way, is probably the best thing about Castle Crashers Remastered. It’s easier than ever to find a team to crash castles with, and even if you’re playing with strangers, it’s a total blast. Unless you’re completely focused on grinding for levels, there’s really no reason to play by yourself at all. It’s just a lot more fun with others. Racing to see who can level up the fastest, working together to defeat bosses, and just goofing around with each other are all a part of the Castle Crashers Remastered experience. Once you start playing, it’s quite hard to stop. You’ll find yourself brawling for hours, and it never gets old. 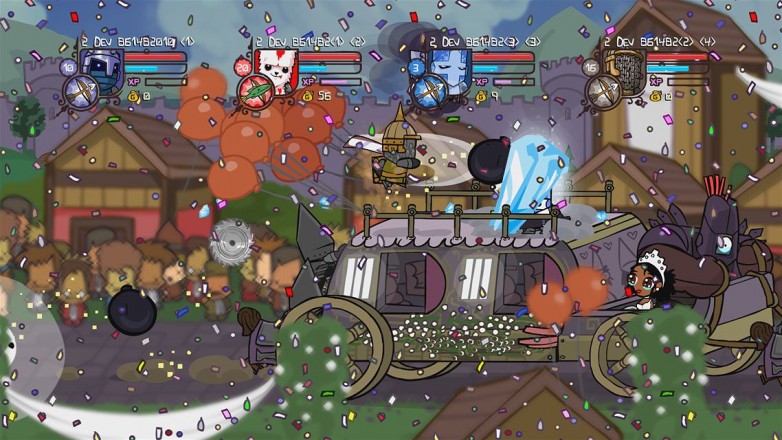 The visuals here are fantastic. It’s great to see Castle Crashers running at 60FPS, and it makes the action look (and feel) a lot smoother. Just like the original game, Castle Crashers Remastered boasts some of the craziest environments around. Look at the screenshot above! It’s absolutely wild, and every single stage brought a smile to my face – even the ones I had seen dozens of times before. The same goes for the audio – while it’s not exactly groundbreaking, it fits the tone of the game perfectly, and I can’t imagine a better sound for Castle Crashers Remastered. 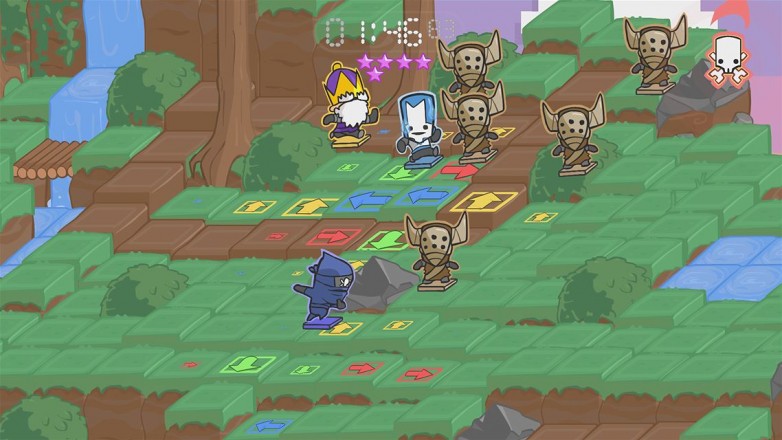 Instead of All You Can Quaff or the volleyball minigame, Castle Crashers Remastered brings something new to the table – Back Off Barbarian. It’s a board game that has you dashing about the board as quickly as possible to avoid the constantly growing number of enemies that’s looking to destroy you. You’ll use the face buttons to decide on a direction, and as things get faster and more hectic, mistakes are easy to make. It starts out simple, but the minigame quickly becomes quite challenging, and it’s fun to compare scores with your friends. While I would have liked to see the previous minigames included along with Back Off Barbarian (for a definitive Castle Crashers experience), the new game is a lot of fun. Personally, I didn’t find it as fun as All You Can Quaff, but I’ve still had a lot of fun with it. No worries though – Arena mode is still here in full force, and it’s as crazy as ever. When you get sick of playing through the courses in the main mode, slaughtering waves of enemies in arena mode or playing a few rounds of Back Off Barbarian is a great way to freshen things up before you embark on your next adventure. 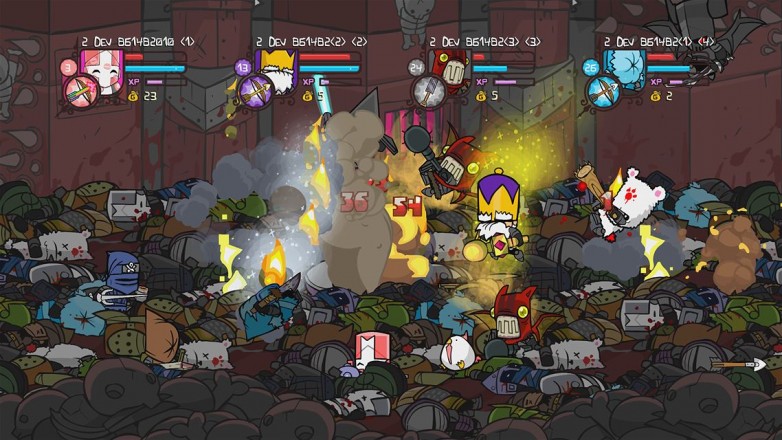 Castle Crashers Remastered is a fantastic title. It takes everything that was great about Castle Crashers, adds a fresh new coat of paint, and adds a new minigame – best off all, we can now play one of the best XBLA games ever made on our Xbox One consoles, which is really awesome. If you played the original game, you’re going to love the remaster. If you didn’t play the original, you’re finally getting the chance to see what you missed out on. Either way, Castle Crashers Remastered belongs on your Xbox One, and at such an affordable price, it’s impossible not to give this one a glowing recommendation.

Review copy provided by The Behemoth

I'm Aria! When I'm not doing other things, I'm either playing video games or writing about them. If you like games, anime, and random stuff, you can follow me on Twitter @Sage0fForest
@@Sage0fForest
Previous The Books of Sorrow and the Taken King’s story
Next Are Amiibo Cards the Future of Amiibo?