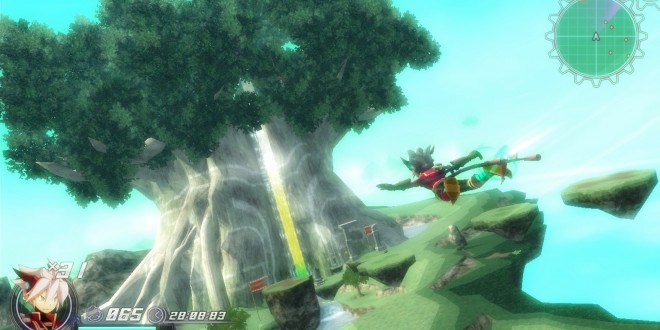 Rodea The Sky Soldier has come a long way since it was first discussed by Yuji Naka (developer of NiGHTS Into Dreams and the Sonic the Hedgehog series) in 2010. The action game was originally intended for the Wii, but the game’s release didn’t go as planned. Now, in 2015, we’re finally getting Rodea The Sky Soldier not only for Wii, but also for Wii U and 3DS – and fans of Naka’s work are understandably excited. I only had access to the 3DS version of the game, so this review will deal exclusively with that version – these comments do not reflect the quality of either the Wii or Wii U version of Rodea The Sky Soldier. I’ve spent a few weeks with the 3DS version of Rodea, and it saddens me to say that it does not live up to the hype.

The gameplay of Rodea has a lot of potential, but it just doesn’t work. The concept reminded me of a mix of NiGHTS and Sonic, but the execution was disappointing. It begins with the controls – it takes a ridiculously long time to even begin to understand how to get Rodea to move around in an efficient way. Even after a few hours, though, when I was able to make my way around the map, I still felt like there was a wide gap between what I was trying to do and what Rodea was actually doing.

I really wish that the controls had been better, because it’s a lot of fun when the controls actually work. When Rodea is doing what you want, flying through the sky and collecting items is a ton of fun. The unfortunate part is that it rarely works, and the game causes a lot more frustration than fun. 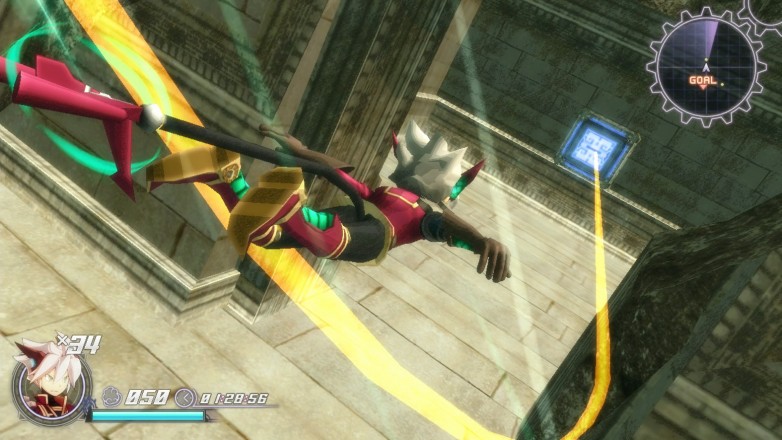 Rodea‘s story is actually pretty interesting. A terrestrial kingdom called Naga neighbors a floating kingdom called Garuda. Despite the wishes of his daughter, Princess Cecilia, Emperor Geardo of Naga launched a full-scale invasion of Garuda. In an attempt to stop her father, Cecilia gives her robot bodyguard Rodea half of the Key of Time, which is crucial to Geardo’s takeover. She then sends Rodea to Garuda, and Geardo was unable to carry out his invasion. This is the surprisingly difficult tutorial section of the game.

Rodea is woken up by a girl named Ion 1,000 years later, and that’s where your story really begins. Rodea doesn’t remember anything about the past – except for his mission to protect the princess and a strange vision of someone who looks a lot like Ion. To prevent spoilers, this is as far as I’ll go.

As you can tell, this isn’t a bad story. It sounds like a great story for a JRPG or an action game. This isn’t either of those things. This is an action game – like a Sonic game. There are stages that you’re going to want to speed through as quickly as possible while defeating enemies, finding secrets, and racking up high scores. It’s a shame to see such a cool story told in such an unfortunate way. Part of this, though, is because the game is so hard to play that it’s hard to focus on the story when your entire attention is being taken up by trying to move your character without ruining your score.

The story is pretty cool, but even that isn’t enough to save Rodea from its terrible gameplay. 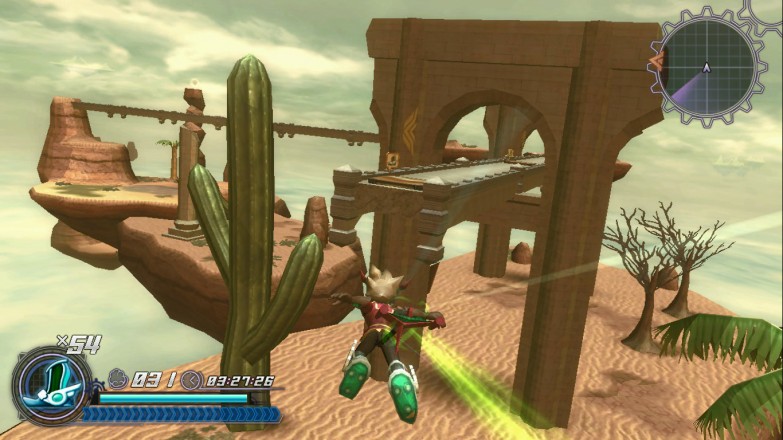 A Look Into the Past

The graphics on the 3DS verson of Rodea aren’t terrible, but they look like something that I’d expect from a Nintendo 3DS launch title. Compared to the Wii U version of the game, the graphics on the 3DS version are just awful. Since I only had access to the 3DS version and was only able to see gameplay from the Wii and Wii U versions were from videos and peers, I can’t make a detailed comparison. What I can say is that the graphics are one of the best parts of the game – though that’s not hard to do here. 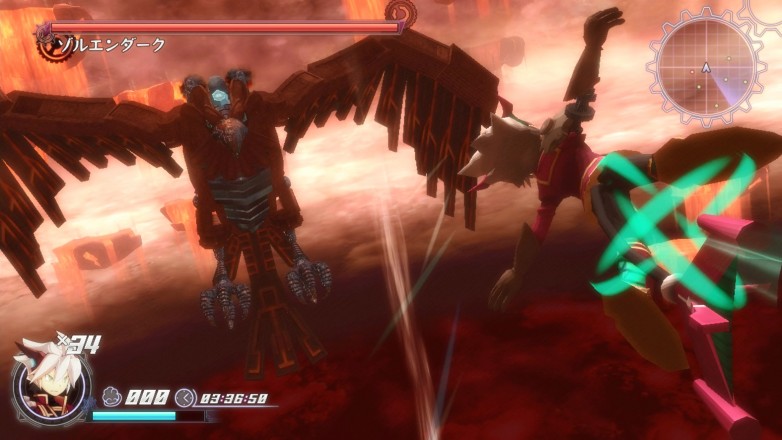 I wanted to love Rodea on Nintendo 3DS. I really did. I just couldn’t. The controls are almost impossible to master, the story is wasted on a genre that doesn’t compliment it, and the entire game is hard to play for more than a few minutes at a time – especially if you have the 3D on.

If you’re looking for a fast-paced action game, you should pick up the original Sonic games on the 3DS eShop or one of the many other action-adventure games available for Nintendo 3DS. Unfortunately, though, Rodea the Sky Soldier‘s has too few positive aspects for me to give it a recommendation.

Rodea The Sky Soldier might soar on other platforms, but the game's 3DS version squanders its potential and disappoints in almost every way.

I'm Aria! When I'm not doing other things, I'm either playing video games or writing about them. If you like games, anime, and random stuff, you can follow me on Twitter @Sage0fForest
@@Sage0fForest
Previous Star Wars: The Force Awakens review: Does it live up to its name?
Next Toki Tori 3D Review