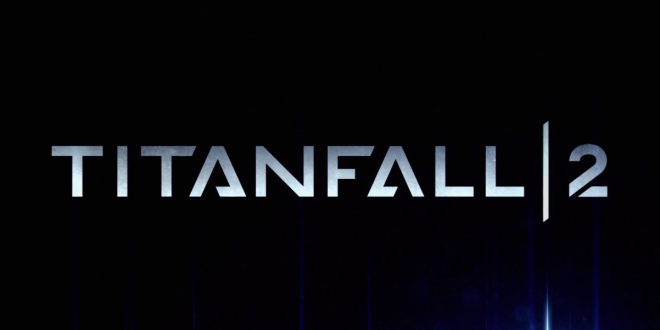 Titanfall 2 gets a teaser trailer and reveal release date

One of the most high-profile and influential shooters of the modern generation of consoles, Titanfall, is coming back with a sequel that is expected to be released on the Xbox One, PS4, and PC. The aptly named Titanfall 2 will have a worldwide reveal on June 12, which just happens to coincide with EA’s contender to E3, dubbed EA Play. Until then, the only thing that has been shown so far is a teaser trailer.

The Titanfall 2 trailer itself starts off with a shot of a crashed escape pod on a tropical looking world, while a narrator says, “People like you, they always want to be the hero.”

As the camera slowly zooms in and focuses on the escape pod, the narrator continues his monologue by saying, “The problem with being a hero is- you have to be willing to die for what you believe in. If I were you, I wouldn’t try so hard. You’ll live longer.”

The teaser trailer concludes with a shot of a Titan planting a rather large sword into the ground next to the escape pod.

Naturally, details surrounding Titanfall 2 are scarce, but if the narration is any indicator, Titanfall 2 will take place not long after the events of the first game. In short, the Militia (allegedly fighting for the Frontier colony worlds) and the IMC (representing the interests of Earth) had a large engagement at a planet that the IMC uses to refuel its ships on their way to the Frontier. The planet’s facilities were ultimately destroyed, resulting in the deaths of the de facto Militia leader, and the defection of the IMC’s leader of the campaign against the Militia, Vice Admiral Graves.

A few months later, Vice Admiral Graves implores for other IMC personnel to defect as well, urging them to fight against the increasing automation of the IMC’s military, which he blames for the needless loss of life in the aforementioned battle.

The first Titanfall was considered to be a success in terms of its smooth gameplay that seamlessly and naturally incorporated things like double-jumping, Titans, and parkour into what would otherwise be a normal FPS shooter, but it ultimately wasn’t able to retain its audience due to things like a lack of a campaign or offline component and DLC packs that split up the community.

@https://twitter.com/thefallenlords
Previous Rogue One: A Star Wars Story trailer analysis: What secrets have been revealed?
Next Getting rid of technology and shutting life off- an interview with Rooster Teeth’s Barbara Dunkelman