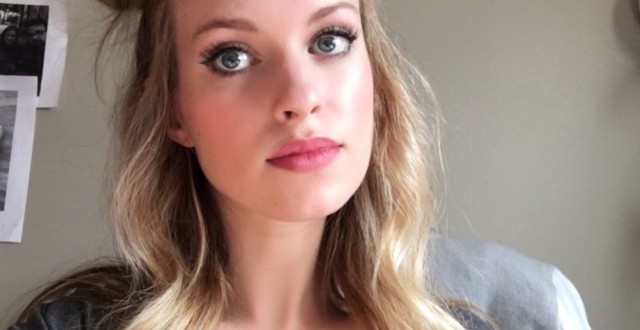 If smartphones were a disease, it would be one of the most infectious pathogens to have ever affected mankind. Chances are that you have a smartphone, everyone on the bus has a smartphone, even that sweet old lady and that little kid in the park who can barely walk have been exposed to one on a near daily basis in their own homes. Fortunately for us, this global dissemination of technology has proven to be mostly beneficial, principally by helping us connect with each other even if we are on completely opposite sides of the world.

However, time and time again, a question is raised regarding this new age of connectivity: even though we can talk to each other whenever we want, are we actually getting lonelier and more insulated? Rooster Teeth’s upcoming documentary, Connected (which premiers on April 15), explores this by taking away every modern piece of technology from their Community Manager, Barbara Dunkelman.

“Even before we started the experiment, I was always aware of the impact of “social” media making us extremely “unsocial”, and the irony of it all,” Dunkelman said. “I definitely noticed that I was paying much better attention to people around me and the world in general when I was without my phone and social media, but when I was at home alone, I felt pretty disconnected from what was going on.”

Of course, this isn’t too unusual these days. After all, we’ve all seen (or know of) someone who goes to an event with their friends in real life only to spend a large majority of the time on their phone, presumably doing something like posting about how much fun they are having on Twitter or Facebook.

“I believe with the introduction of social media, we definitely are lonelier because the type of “interaction” we’re experiencing through it isn’t real. In addition, the fact that when you’re looking at social media, you only see the best of people, and see everything you’re missing out on—that makes you feel lonelier than anything.”

To a degree, this modern infatuation with social media and technology can almost be seen as an addiction not unlike how caffeine is a vital part of many people’s lives. “I’m very aware of the tech addiction in today’s society, and I’m definitely part of that trend. I’ve spent time in the past where I purposely leave my phone at home or turned off, but it usually doesn’t last more than a few hours,” Dunkelman said.

“These days, getting rid of that tech feels like shutting life off. You feel like you’ll miss something, and essentially be forgotten.”

But before you go and destroy and or hug everything electronic in your possession, it should be noted that this new age of connectivity isn’t all that bad. Perhaps the most important thing to remember is that some jobs simply wouldn’t exist if it weren’t for all this modern technology.

For example, as Rooster Teeth’s Community Manager, Barbara effectively manages the company’s social media presence. As recently as 30 years ago, the closest analog to this would probably be telemarketer or ad person or even door to door salesman, and even then they are only related by falling under the “marketing” category of jobs.

“If technology hadn’t advanced the way it has, my job wouldn’t exist, period. I studied Marketing at the John Molson School of Business at Concordia University in Montreal, and I had considered a career in advertising, but even that involves a ton of online media, which wouldn’t exist either,” Dunkelman said. “Safe to say I’d probably have to pick another career path altogether.”

Even outside of the realms of work and play, technology, when used responsibly, simply makes life easier. As she was born during the time when the Internet was starting to become widespread, Barbara knows this as well as anyone who was born during the late 80’s and early 90’s. “Anything we want to know can be googled in a matter of seconds. Before the existence of the internet, getting information was a much more difficult task. I’m not sure if that makes us smarter, or not as smart as that generation [her parent’s generation] due to our laziness in acquiring information and retaining that information,” she said.

But thanks to her experiences in Rooster Teeth’s Connected documentary, and how she was exposed to both sides of our reliance on technology, Dunkelman’s eyes were (figuratively) widened to how even the most mundane actions rely on smartphones these days and how it impacts her daily life. “I’m more aware than ever of when I’m on my phone, and how incredibly rude it really is to have it in front of your face while interacting with people in real life. It also made me realize how much I rely on it for entertainment, communication, and information—not that it’s unusual these days…”

“… but I’d like to make more of an effort to live in the moment and discover more about the world on my own.”

Rooster Teeth’s Connected documentary premiers on April 15th, exclusively for Rooster Teeth sponsors, although you can get a free 30 day trial period here.

@https://twitter.com/thefallenlords
Previous Titanfall 2 gets a teaser trailer and reveal release date
Next What’s in Fallout 4’s Wasteland Workshop DLC and is it worth it?