Breaking News
Home » OPINION PIECES » What’s in Fallout 4’s Wasteland Workshop DLC and is it worth it? 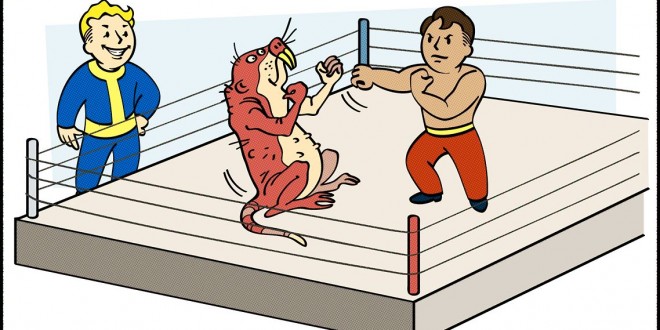 What’s in Fallout 4’s Wasteland Workshop DLC and is it worth it?

That means that there isn’t some secret questline that only unlocks once you have met certain parameters, or a handful of new guns, or really anything that makes it so that your time in the Commonwealth is easier per se. Instead, it is almost exactly like Skyrim’s Hearthfire DLC which just lets you build a house and customize it; a Quality of Life and aesthetic DLC that only has value if you like building up your settlements.

What can you build?

As expected, Wasteland Workshop has some items that are purely aesthetic (i.e. mounting various animal parts as trophies), some that are mildly functional (i.e. lights and signs), and some items that are incredibly nice to have, but you won’t really be missing out if you don’t have them (i.e. a fusion core power generator). There are no new turrets of any kind, but there are a wide assortment of new traps that involve sawblades and fake floors.

If you are looking for practicality, the fusion core power generator (which doesn’t actually involve fusion cores in any way) lets you provide 100 power for a settlement in one convenient location. Naturally, it costs a lot of aluminum (25 to be exact) though, so it might be a bit pricey for some of your smaller settlements. There’s also a decontamination arch that lets you get rid of all of your rads for free, but its usefulness depends almost entirely upon your playstyle.

Making your own Coliseum/slaughterhouse/murder pit!

While not exactly the most useful new gameplay addition to Fallout 4, you can capture more or less any animal (raiders and Gunners included) in the game with handy dandy cages. To do so, you just have to gather the materials for the cage itself, along with something that your intended victim might find enticing. For example, if you want to catch a Deathclaw, you have to obtain some actual building materials like steel and copper, and some Yao Guai meat because apparently Deathclaws like eating mutated bears.

Of course, capturing them means nothing if they run around and kill everything after you let them out, so you can build a Beta Wave Emitter to keep them tame. Alternatively, you could build an arena so that any settler, companion, automatron, or captured animal can fight for your amusement, but there’s no reward other than sating your own bloodlust.

Should you buy Wasteland Workshop?

Despite how amusing it may be to capture raiders and Gunners and have them walk into a maze filled with turrets, saws, and spike traps, Wasteland Workshop will likely only appeal to a certain niche portion of Fallout 4’s audience. If you feel like you spend more time building settlements than shooting people, or if you are starting a new character and want to build fresh settlements, then Wasteland Workshop provides a significantly better return on investment than something like a skin pack. Otherwise, Wasteland Workshop is less of a must have than something like the Automatron DLC, which has something for everyone.

@https://twitter.com/thefallenlords
Previous Getting rid of technology and shutting life off- an interview with Rooster Teeth’s Barbara Dunkelman
Next Is Destiny’s newest update worth getting into?