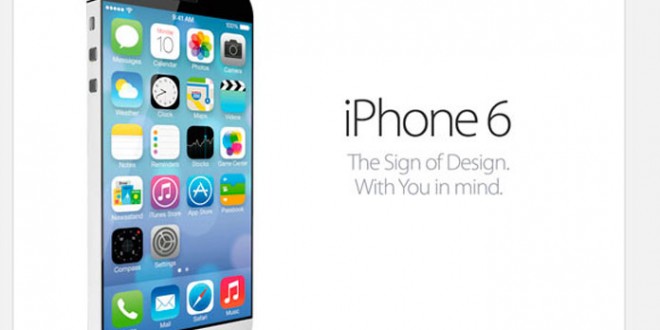 Although we don’t have an official word from Apple yet regarding the iPhone 6’s design, a number of interesting concept images have surfaced. The latest one, created by Martin Hajek is based on a recent rumor which claims that the new iPhone will feature a curved display along with a curved chassis.

Rounded edges are not a novelty in the world of smartphones, we have already seen them on Samsung’s Galaxy S3, but we haven’t seen them on an iPhone yet. If it turns out to be true this could make the iPhone 6 a very different looking device than its predecessors. Both the iPhone 5 and the iPhone 5s came with a more traditional squared-off look. The rounded design and curved display are just part of the concept image though, Hajek also does a good job of showcasing some of the other features that the iPhone 6 will potentially come with. 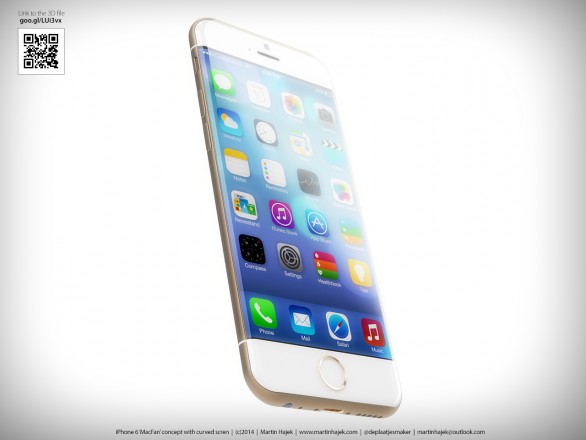 Earlier this month schematics leaked out for the upcoming Apple device, while technically they are not considered official, many people seem to believe that the source is very reliable. Based on the schematics and a few other recent rumors we will attempt to make a little overview of the iPhone 6.

– iPhone 6 will come with narrower bezels.

– Power button will be located on the right.

-Release Date: September for the 4.7-inch version, Holiday season for the 5.7-inch.

It’s likely that Apple wants to challenge the Samsung Galaxy S5 and the HTC One M8 with their upcoming iPhone 6 but it might arrive a little late for that party. A better competitor would be the LG G3 or even the Galaxy Note 4 if indeed they are planing to attack with two models. The Galaxy Note 4 is believed to be unveiled at the IFA Trade Show 2014 held in Berlin this September, while the LG G3 is rumored to make an early summer appearance.

I’m Load The Game’s co-founder and community manager, and whenever I’m not answering questions on social media platforms, I spend my time digging up the latest news and rumors and writing them up. That’s not to say I’m all work and no fun, not at all. If my spare time allows it, I like to engage in some good old fashioned online carnage. If it’s an MMO with swords and lots of PvP, I’m most likely in it. Oh, and if you’re looking to pick a fight in Tekken or Mortal Kombat, I’ll be more than happy to assist! Connect with me by email markjudge (@) loadthegame.com only
@@MarkJudgeLTG
Previous AMD Never Settle Forever campaign returns
Next Dota 2 patch 6.81′ Spring Cleaning ‘ brings tons of changes