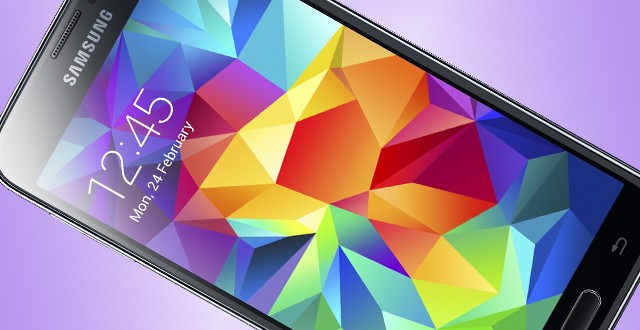 Samsung Galaxy S5 Prime discussions have been making the rounds here lately and today we even have a couple of images to show you. The leaked photos first surfaced on Phone Arena and seem to confirm the rumor claiming the device will feature a metallic body. Phone Arena is known to have leaked images of upcoming devices on multiple occasions so it’s worth taking a look. 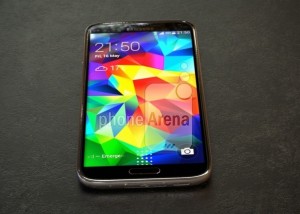 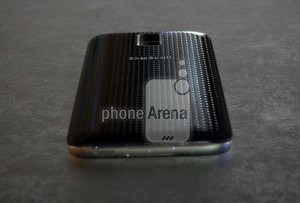 This new smartphone is rumored to come out as early as next month and is most likely a response to the LG G3. Galaxy S5 Prime is basically a premium version of Samsung’s popular flagship handset that comes with lots of improvements. The spec lists below will give you an idea about what the upcoming handset brings to the table. Keep in mind however that the Korean company has not yet released the official specifications for the Prime so for now these are just rumors.

The leaked pictures suggest that the device will come with an aluminum frame and it also looks to be more curvier than the regular Samsung Galaxy S5. Previous rumors claimed the smartphone might be entirely made of metal but this doesn’t seem to be the case anymore. At any rate, the Prime does look to be more thicker and resistant than its predecessor which is sure to make potential buyers happy.

On the other hand,  the smartphone itself is likely to make the people who have already bought the original version quite upset. This is understandable given that they were promised a premium flagship for 2014 when the Galaxy S5 was launched. The device is indeed one of the best around but this new version is likely to eclipse it in the near future.

Rumors say that Samsung Galaxy S5 Prime will come in black, white, blue, gold, and pink colors although it is unclear if all these variants will be available from the get-go. In any case, until the Korean company officially announces the device all these rumors should be taken with a grain of salt. We’ll let you know as soon as we find out anything else so stay tuned for more updates.

I’m Load The Game’s co-founder and community manager, and whenever I’m not answering questions on social media platforms, I spend my time digging up the latest news and rumors and writing them up. That’s not to say I’m all work and no fun, not at all. If my spare time allows it, I like to engage in some good old fashioned online carnage. If it’s an MMO with swords and lots of PvP, I’m most likely in it. Oh, and if you’re looking to pick a fight in Tekken or Mortal Kombat, I’ll be more than happy to assist! Connect with me by email markjudge (@) loadthegame.com only
@@MarkJudgeLTG
Previous New Outlook plugin allows users to schedule Hangout videos
Next HTC One Remix might be coming to Verizon