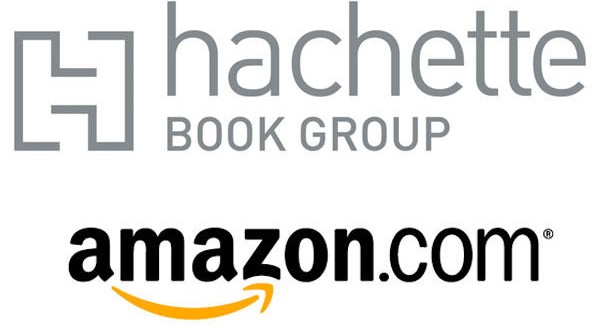 The Amazon vs Hachette Book Group dispute is still ongoing

Amazon is embroiled in a controversial battle with the publisher Hachette Book Group. The companies still haven’t been able to reach a deal over the price of books. Amazon’s buying fewer books from the company and no longer taking pre-orders on future Hachette titles.

People are starting to think Amazon is using its position and its massive piece of the e-book market to put more pressure on publishers. Some say that these are the kind of negotiations that go on all the time between two companies who are trying to split revenue. The difference is that Amazon starts to look more like a monopoly at this point. In order for publishers to survive they must sell through its service, which is a problem when the company demonstrates its ability not to allow it.  Amazon reportedly has more than 60% of the e-book market so its not quite  a monopoly given that they don’t have 100%. Regardless, at 60% they’re dominant and it really puts publishers in a difficult position.

Amazon has established its position offering very low prices and operating on very low margins. They make very little off of each individual purchase, however they sell at a very large scale. When investors became concerned about the company’s profits, Amazon started leaning on publishers like Hachette. This makes revenue negotiations much more difficult as the company is backed into a corner by their investors. A lot of people think that Amazon’s dominant position is playing a big role in why Hachette is taking such a stand in these negotiations. Official details are pretty scarce, but we assume there must be conversations going on behind close doors regarding the situation because this isn’t the first time there’s been a problem. Back in 2010, there was a similar situation with McMillan where they ended up dropping some of their books from the Amazon website.

This is going to be an ongoing  problem until regulators step in and try to figure out a better system. Or maybe some sort of arbitrators will be able to say what is fair and what isn’t at some point. In any case, there doesn’t seem to be a viable solution for the moment, which means this stand off will last a while longer. Hachette’s claims that “By preventing its customers from connecting with these authors’ books, Amazon indicates that it considers books to be like any other consumer good.” We have to agree, but we’re also aware that they have financial reasons for doings so.

“At Amazon, we do business with more than 70,000 suppliers, including thousands of publishers. One of our important suppliers is Hachette….”, the company said. If that is really the case let’s hope that they can come to an agreement soon.

I’m Load The Game’s co-founder and community manager, and whenever I’m not answering questions on social media platforms, I spend my time digging up the latest news and rumors and writing them up. That’s not to say I’m all work and no fun, not at all. If my spare time allows it, I like to engage in some good old fashioned online carnage. If it’s an MMO with swords and lots of PvP, I’m most likely in it. Oh, and if you’re looking to pick a fight in Tekken or Mortal Kombat, I’ll be more than happy to assist! Connect with me by email markjudge (@) loadthegame.com only
@@MarkJudgeLTG
Previous Wii U GameCube Controller Adapter announced by Nintendo
Next Support for Battlefield 4 will continue even after Hardline is released