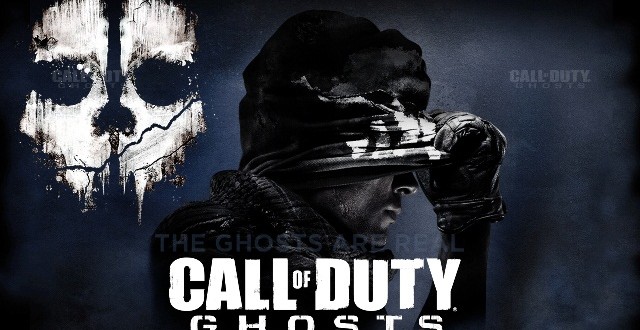 Details, and even a few images regarding the upcoming Call of Duty: Ghosts DLC were leaked recently. The next downloadable content pack goes by the name of Invasion and includes three new maps. The leak first surfaced on the Play Station community forums, but has since made its way to several other websites as well.

The maps will feature locations very different from one another if we are to believe the images. One of the new maps, Pharaoh is appropriately set in Egypt and features what seems to be an archaeological dig site of sorts. The second one, which goes by the name of Departed, takes place during the Dia de los Muertos. Also known as Day of the Dead, this is a festival that takes place every year in Mexico. The final map will be set in a very sinister harbor where a massive galleon seems to be docked. This third map is called Mutiny.

Following Onslaught and Devastation, Invasion will be the third DLC pack released for Call of Duty: Ghosts. We’re very curious if you’ll actually be invading the aforementioned countries. In any case, we don’t know if this will be the real title of the upcoming content as it has not been officially announced yet. Furthermore, the forum post mentions that the names of the maps might just be placeholders. We hope that more details will be revealed soon, perhaps at E3. However,we are aware that Activision’s main priority at the moment is their other title, Call of Duty: Advanced Warfare.

The next installation in the franchise has a more futuristic feel to it as it features advanced technology such as exoskeletons, hover bikes, and cloaking devices. Advanced Warfare takes place in the future and revolves around Private Military Corporations(PMCs). You will take on the role of a former U.S. Marine that goes by the name of Mitchell, and will be joining Jonathan Irons in this quest for power. Irons is the CEO of the largest PMC and is played by none other than Kevin Spacey. The famous actor seems to be the main antagonist of the game and will look incredibly lifelike, judging by the trailer.

In regards to the Call of Duty: Ghosts Invasion DLC, not much else is known at the moment. Sources speculate that the expansion will first hit the Xbox One somewhere around June, with a PS4 and PC release to follow in July. We’ll keep you updated as soon as we learn something new so stay tuned.

I’m Load The Game’s co-founder and community manager, and whenever I’m not answering questions on social media platforms, I spend my time digging up the latest news and rumors and writing them up. That’s not to say I’m all work and no fun, not at all. If my spare time allows it, I like to engage in some good old fashioned online carnage. If it’s an MMO with swords and lots of PvP, I’m most likely in it. Oh, and if you’re looking to pick a fight in Tekken or Mortal Kombat, I’ll be more than happy to assist! Connect with me by email markjudge (@) loadthegame.com only
@@MarkJudgeLTG
Previous Download Battlefield 3 and Plants vs Zombies free from Origin
Next Dogfighting module for Star Citizen has been delayed