Breaking News
Home » LTG Slider » One for All is back in League of Legends, and it’s better! 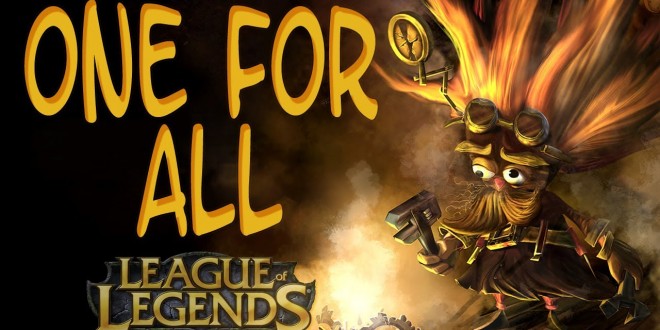 One for All is back in League of Legends, and it’s better!

While it never reached the popularity of the Ultra Rapid Fire mode, the One for All mode of League of Legends was one of the most beloved modes released by Riot Games in its recent trend of testing new waters. The One for All mode made use of the original League of Legends 5vs5 map, Summoner’s Rift, but spiced things up a bit by making all players play the same champion, similarly to Dota’s Mirror Mode. Of course, this was always meant as a fun mode, and not a competitive one, and the community loved it. There was just something about 5 Lux ultimates hitting you at the same time, I guess.

Removed from the servers months ago, the One for All mode is now back online (as of today), but this time around, it’s being hosted on the 5vs5 ARAM map known as the Howling Abyss. This seems like a much more suitable arena for battling off with the same champion, and in truth, it simply works better. The idea is the same – players each nominate a champion (all champions are unlocked by default, even if you don’t own them), and the game randomly selects one from the nomination pool. The more people select the same champion, the higher the chances it will be picked. In other words, expect to play a lot as Ezreal, Lux or Teemo (the last one could make even Gandhi rage-quit).

This time around though, Riot has also decided to make a quick buck out of the mode, and introduced a special boost that you can pick up during champion select. This boost costs 150 RP (about $1), and doubles the IP gains of your entire team, should you win. Not only that, but it also unlocks all the skins of the nominated champion for everyone on your team, for the purpose of that game (no, you don’t get to keep the skin). While it’s certainly a fun addition, and one that seems to be getting used fairly often, it also feels like a bit of cash milking on Riot’s side. Still, nobody is forcing anybody to spend RP on it, so in all fairness, it’s a nice touch. 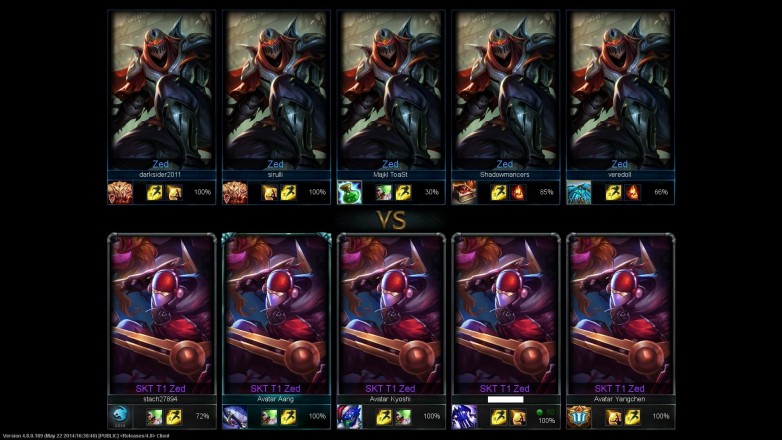 It’s doubtful the One for All mode will remain permanent this time around. Hosting a new game mode is a complicated process, and so far the tendency of Riot was to remove these experimental game modes after a couple of weeks. Based on player feedback though, it’s possible we’ll be seeing the One for All mode in League of Legends for a longer time at least. It certainly has appeal, although it can be infuriating at times too, especially if you happen to land a champion you have no idea on how to play. Obviously, some are more fun than others, and some games are outright crazy. I can’t even begin to underline how frustrating a battle between 10 Teemos can get, or how confusing it is to see 10 Lee Sins jumping around and round-house kicking eachother all across the map. That being said, if you’re looking for something fun and different in League of Legends, give OFA a try, you’re bound to have some good laughs.

Old-school gamer with a cheeky tongue that gets me in trouble. When I'm not playing games, I'm writing about them, preferably in the vicinity of a fridge! Oh, and if you're a Justin Bieber fan, I'm afraid we can't be friends!
Previous Quantum Break video and details will be revealed today
Next Watch Dogs torrent reportedly hiding Bitcoin miner

The not that well kept secret is out! Riot’s next experimental game mode  for League ...