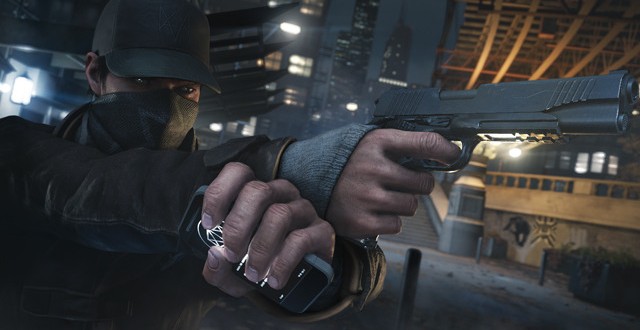 The highly anticipated Watch Dogs has finally been released a couple of days ago. Although some PC gamers are reporting a number of bugs, Ubisoft’s hacker themed title has been very well received for the most part. May 27th was the official launch date, however the game has made its way on torrent websites and even some stores a few days prior to release.

Pirating video games is a very popular practice so this isn’t exactly fresh news. We also know that a lot of torrents are regularly infected on purpose with a variety of nasty viruses. The latest trend however is less inconspicuous, but can be just as detrimental to your system. Reports about Watch Dogs installing a Bitcoin miner on systems have started pouring in as soon as the game was uploaded on torrent websites. Most users claimed that the Watch Dogs pirated copies released by the well-known scene group SKIDROW are to blame for the miner.

These accusations were later deemed as being false and it was proven that the release came from someone else. The perpetrator was apparently taking advantage of the group’s name in order to attract unsuspecting victims. The affected users have reported that these Watch Dogs copies installed two executable files on their machines, namely ltc.exe and winlogin.exe. Following this installation, the infected computers have started dedicating a portion of their processing power in order to mine Bitcoins. As a side note, the Bitcoin miner generates coins for whoever is behind the scheme, not for the affected users.

While this news is most unfortunate, we can’t help but giggle a bit at the irony of the situation. Pirates getting hacked while downloading a game about hacking almost sounds like the premise for a sitcom. Sadly, the whole situation is real and can have some serious consequences on the affected machines. If you’ve downloaded an illegal copy of Watch Dogs and notice any major performance drops we suggest you immediately start an in-depth virus scan. If that fails, try opening Task Manager and see if you can locate the processes mentioned above. If you do, shut them down and follow by deleting all the torrent files.

Watch Dogs is currently available for Xbox 360, Xbox One, PS3, PS4, and the PC. Make sure you grab a legit copy from retailers in order to avoid the problems that illegal copies might cause. Stay tuned for more news and updates.

I’m Load The Game’s co-founder and community manager, and whenever I’m not answering questions on social media platforms, I spend my time digging up the latest news and rumors and writing them up. That’s not to say I’m all work and no fun, not at all. If my spare time allows it, I like to engage in some good old fashioned online carnage. If it’s an MMO with swords and lots of PvP, I’m most likely in it. Oh, and if you’re looking to pick a fight in Tekken or Mortal Kombat, I’ll be more than happy to assist! Connect with me by email markjudge (@) loadthegame.com only
@@MarkJudgeLTG
Previous One for All is back in League of Legends, and it’s better!
Next Oppo N1 Mini images leaked one day before release