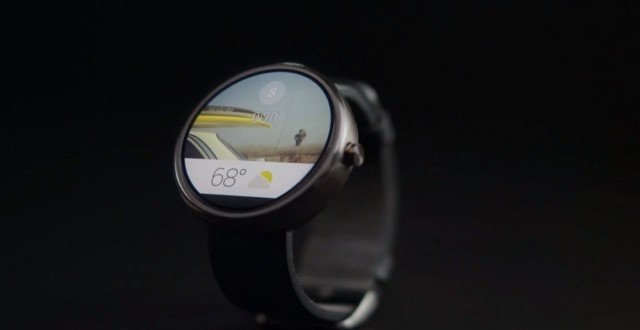 A Google engineer posted on Google+ the first ever public screenshots of the company’s Android Wear operating system for smart watches and other wearable devices. The seven images were posted by Senior Developer Timothy Jordan. They show notifications for a Nest smoke detector, an Android game called Clash of Clans, a calendar app, as well as music controls and controls for listening to podcasts.

The most interesting fact about this is that Jordan is on the Google Glass group. This raises the possibility that Google Glass and Smart Glass software may be part of the Android Wear, which is right now associated with smart watches. However, the term might also be used soon for things like smart jackets and other wearable devices. The engineer was seen last year at Google’s I/O and seemed to be leading the developer sessions around Google Glass. This reveal is an interesting development and a possible example of the “productization” of  Google Glass, which used to be just a research project. Of course Android Wear is a real product so it looks like the two might be merging or at least the groups are very intimately related. 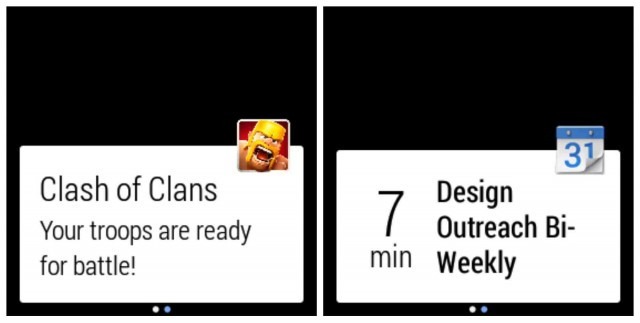 “One of the coolest parts of Android Wear is how it extends the Android platform to a new generation of devices out of the box, without any need to update your app,” Jordan said in the post.  “If you have a notification-enabled app, those notifications will generally just work on your new wearable.” He also says that these notifications are surprisingly useful and they could become quite valuable with some additional involvement. Apparently a richer experience with the wearables can be achieved with just a few more lines of code. 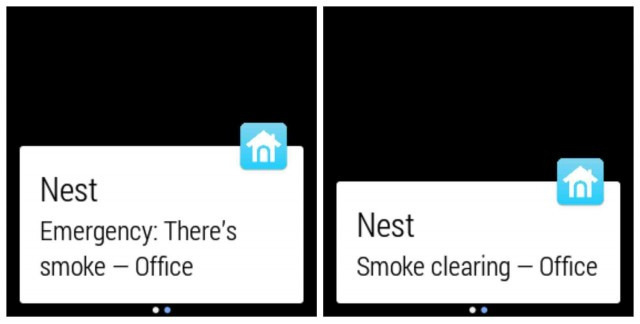 Google first revealed Android Wear back in March. Since then a few more companies jumped on the band wagon and announced their own smart watches. Motorola’s Moto 360 and LG’s G Watch are a prime example of wearable devices already available. The internet giant plans on discussing Android Wear in detail during three sessions at this year’s developers’ conference. The sessions are called Wearable Computing with Google, Designing for wearables, and Android Wear: The developer’s perspective. We expect that a lot more details and plans for the future will be revealed then.

The I/O developer conference takes place in San Francisco during 25-26 June. We’ll share with you all the news and updates as soon as we hear them ourselves so stay tuned.

I’m Load The Game’s co-founder and community manager, and whenever I’m not answering questions on social media platforms, I spend my time digging up the latest news and rumors and writing them up. That’s not to say I’m all work and no fun, not at all. If my spare time allows it, I like to engage in some good old fashioned online carnage. If it’s an MMO with swords and lots of PvP, I’m most likely in it. Oh, and if you’re looking to pick a fight in Tekken or Mortal Kombat, I’ll be more than happy to assist! Connect with me by email markjudge (@) loadthegame.com only
@@MarkJudgeLTG
Previous Quantum teleportation breakthrough achieved with diamonds
Next Mass Effect 4: Things we should and shouldn’t expect