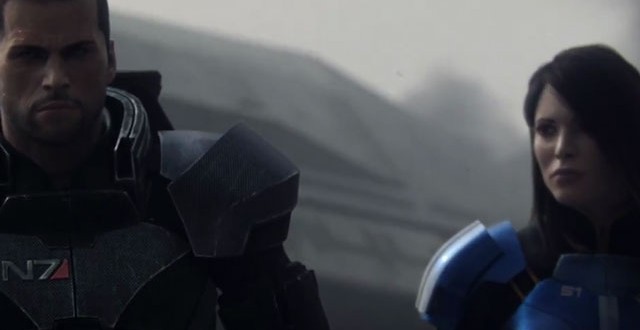 Mass Effect 4: Things we should and shouldn’t expect

It’s not exactly a secret that Mass Effect 4 is currently one of the most anticipated games of the year. The follow-up to Bioware’s highly acclaimed space-faring trilogy has been the subject of rumors for a long, long time now. This is not surprising given the fact that details regarding the upcoming title have been very scarce until now. This article is not about rumors or speculations however. We’re here to take a realistic look at what we know so far and figure out what we should and shouldn’t expect from Mass Effect 4.

First off, we should’t expect the game to be called Mass Effect 4. Yanick Roy, Studio Director for Bioware Montreal has already made it clear that this wont be the name of the fourth installation. Furthermore, he also stated that the game doesn’t have a name yet. It does have a working title, but it was not disclosed yet. Previous leaks suggested that Mass Effect Contact would be its name, however this seems unlikely now. That name would imply that the game would be a prequel revolving around the First Contact War with the Turians. The company confirmed a while ago that the next title in the series will be a sequel however. So far we know that Mass Effect 4 (we’ll keep calling it that until a title is revealed) will be a sequel and does not have a name yet. What else?

Well, we can expect to play a brand new character given that Commander Shepard will not be making an appearance anymore. I think a lot of us would like to maybe have some more choices regarding this new character. Choosing your gender is nice, but choosing your race would be even better. Considering that the Mass Effect universe features a plethora of races (most of them humanoid), its not that far fetched to think that they could be made playable. Dragon Age already allows you to choose your race so why doesn’t Mass Effect? Mainly because the first three games were the story of Commander Shepard. But the fourth one isn’t so let’s hope for the best. Since we’re talking about races, we can most certainly expect to see at least of couple of new additions in the future game. This was confirmed by Bioware, unfortunately no other details were given.

Some other things we can and should expect are same-sex relationships, a brand new cast of characters, the Frostbite 3 engine, next-gen consoles availability, and lots of DLC of course. Things we shouldn’t expect include: lots of cameo appearances, huge differences in gameplay or graphics, and the game to be released this year. The company claimed that Mass Effect 4 is about half done but I don’t expect it to be released in 2014. Leaks coming from industry insiders suggest a Spring 2015 release date, which sounds more or less believable. By comparison, The Witcher 3 will be released in February 2015 and we’ve already seen quite a bit of in-game footage, story details, as well as trailers. On the other hand, we haven’t seen anything regarding Mass Effect 4, except a screenshot that doesn’t reveal a lot to be honest. I’m guessing Bioware doesn’t have anything solid to show us otherwise they wouldn’t have done it already, but I could be wrong.

In any case, Mass Effect 4 or whatever its name is will surely take the stage at E3 2014 so we’ll find out more details then. The Mass Effect trilogy is my favorite series of games so my expectations for the next title are high. Undoubtedly, many other fans also share the same sentiment and we all hope that Bioware can deliver another excellent experience.

I’m Load The Game’s co-founder and community manager, and whenever I’m not answering questions on social media platforms, I spend my time digging up the latest news and rumors and writing them up. That’s not to say I’m all work and no fun, not at all. If my spare time allows it, I like to engage in some good old fashioned online carnage. If it’s an MMO with swords and lots of PvP, I’m most likely in it. Oh, and if you’re looking to pick a fight in Tekken or Mortal Kombat, I’ll be more than happy to assist! Connect with me by email markjudge (@) loadthegame.com only
@@MarkJudgeLTG
Previous First Android Wear OS images revealed by Google
Next We’ll be able to drive a Mercedes in Mario Kart 8