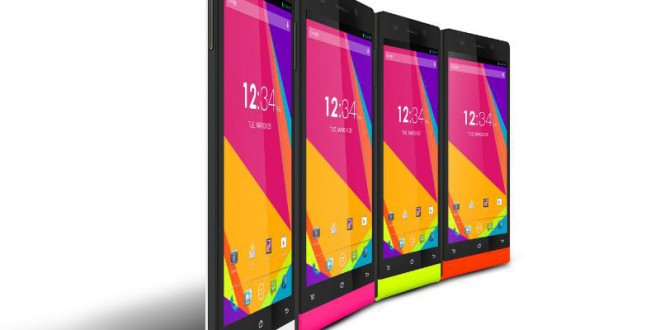 Blu Products, a company founded in 2009, famous about its wast portfolio of high-end, low-cost, unlocked devices just introduced two of its newest flagships. The company is a relative newcomer on the market  so you might not have heard much about it. It’s newest smartphones, the Blu life 8 and Blu Vivo IV, might help in making the company more popular amog buyers. Hopefully its newest additions will impress the wide public. To bring things into perspective, we are going to compare them to the Nexus 5. The Nexus 5 has been around for quite some time and spec wise stands close to the two so this should prove an even battle.

The Blu Life 8 is marketed as a mid-tier device with a powerful, true octa-core processor. The phone is only 7.5mm thick and looks quite elegant for a mid-tear device.It sports a 5-inch 720p IPS display, 1GB of RAM, 8GB of internal storage that can be expanded by its microSD slot. It’s powered by a 1.7Ghz octa-core MediaTek MT6592 processor and comes equipped with an 8MP rear and 2MP front camera. The 2000mAh battery should keep things running for a full day depending on usage. Unfortunately the Blu Life 8 has no LTE support and ships with Android 4.2. This might deter some potential buyers but keep in mind that it only costs $199. One the up side, Blu promised it will upgrade both of its devices to Android KitKat by the end of June.

The Blu Vivo IV is an elegant almost luxurious device with a small price tag. It’s only 5.5mm thick and is made almost entirely out of aluminum. In fact, the phone is made out of aluminum and glass almost entirely (98% according to the manufacturer). The result is a stunningly thin device with an excellent built quality. Hardware wise the Blu Vivo IV gets even better, sporting a 5-inch Full HD AMOLED display and using the same octa-core processor as its little brother. The device is equipped with 2GB of ram, 16GB of expandable internal storage and a 13MP main camera. Its front-facing camera is a decent 5MP image sensor. Like the Blu Life 8, the Blu Vivo IV is also lacking LTE connectivity and uses Android 4.2. This is a bit disappointing considering how good the phone otherwise is. The Blu Vivo IV is available for only $299!

The Nexus 5’s great success can partly be attributed to its low price. But that’s only half of the story, as the Nexus 5 offers great specs too. It may not be as elegant and thin as the Blu Vivo IV but its plastic, sturdy design helped to keep its price low. It has a simple and functional design and weighs only 130 grams. The display on the Nexus 5 is a 4.95-inch True HD screen offering 1080p resolution and 445ppi pixel density. Although it has been out for quite some time now, its specs can still be considered top-notch. Making use of a Qualcomm  Snapdragon 800 chip coupled with a quad-core 2.3 Ghz Krait 400 processor and 2GB of RAM. Its internal storage space is 16/32GB depending on the version and it has no microSD slot. The Nexus 5 also features an 8MP main camera with OIS and a 2MP front camera. The device runs on Android 4.4.2 and will soon be upgraded to Android 4.4.3 (hopefully). It’s powered by a 2300mAh battery offering up to 17h of talk time. Unlike the Blu Life 8 and Blu Vivo IV, the Nexus 5 is LTE capable and costs around $350.

The Nexus 5 might be a bit too much for the Blu Life 8 to beat, but the Blu Vivo IV can definitely hold its own against it. The only real drawback of the Blu Vivo IV is its missing LTE support. If Blu will ever decide to release an LTE capable version of the Vivo IV it might just make it one of the best device on the market. Both Blu devices are eye-catchingand should enjoy great popularity in the future, but probably after their KitKat update.

Tech enthusiast and RPG gamer, I've been surrounded by technology and PC hardware my entire life. I'm fascinated by anything mobile, and when I'm not tinkering with some newly released gadget, I love to immerse myself in the epic tales of Role Playing Games.
Previous 6 Weird Android Games you probably never heard of!
Next Metal Gear Solid 5: The Phantom Pain trailer at E3