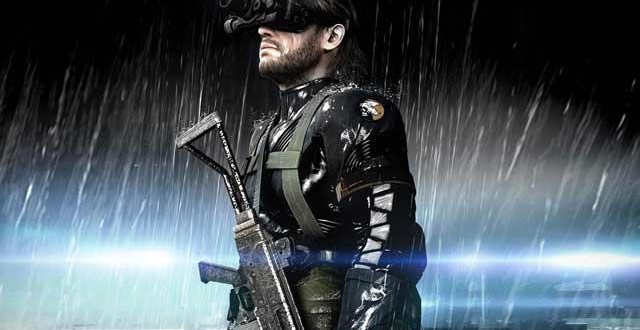 According to MGS series creator, Hideo Kojima a trailer for Metal Gear Solid 5: Phantom Pain will be revealed at E3 2014. The legendary game designer recently posted a couple of tweets regarding the upcoming title. Aside from mentioning the E3 trailer, he also talked a bit about the game itself and hinted that it’s going to be rather long. The original tweets are in Japanese, but we’re going to post them translated(via DualShockers) so that more readers can understand.

“There are many players of “Ground Zeroes” who are asking, what happens to Snake and the others, exactly what is going on? Also the growth in maps and the addition of time and climates to the game, in which we call “Free Infiltration”, is something that players may worry about. They will mostly think “How big is this game going to get?” and we are going to give everyone a little taste of it at E3.”

“Many people have played “Peace Walker” for tens and even hundreds of hours, and as they head on to play “Ground Zeroes” alongside Snake and Kaz, well, there will be more people who will be lost here. That is why you don’t stand on the sidelines like in a movie, this is a feeling that you can only get whilst playing a game, and once you have completed “Ground Zeroes” the users will also feel a certain phantom pain. That is where “The Phantom Pain” will begin…”

Konami, the publisher of Metal Gear Solid 5: Phantom Pain also posted something interesting about the game. “June 10th. E3. Snake Returns.” Normally we would expect the reveal to be made during Sony’s (possibly Microsoft’s) press conference, but that doesn’t seem to be the case. Both companies have confirmed that their conferences will take place on June 9th. Maybe they’re saying that some other details about the game will be presented on the 10th. Luckily, E3 2014 is just around the corner so we wont have to wait very long in order to find out.

MGS 5: Phantom Pain is an upcoming action-adventure stealth game developed by Kojima Productions and Hideo Kojima. Its prequel, Metal Gear Solid 5: Ground Zeroes was released back in March. The game was generally well received by veterans of the series, even though most people will tell you that it’s incredibly short. The length is not surprising though, considering that its just meant to be an introduction to the next title. Metal Gear Solid V: Phantom Pain is currently in development for PS3, PS4, Xbox 360, and the Xbox One. A release date was not announced yet, but perhaps it will be at E3. We’ll let you know as soon as we learn something new so stay tuned for more news and updates.

I’m Load The Game’s co-founder and community manager, and whenever I’m not answering questions on social media platforms, I spend my time digging up the latest news and rumors and writing them up. That’s not to say I’m all work and no fun, not at all. If my spare time allows it, I like to engage in some good old fashioned online carnage. If it’s an MMO with swords and lots of PvP, I’m most likely in it. Oh, and if you’re looking to pick a fight in Tekken or Mortal Kombat, I’ll be more than happy to assist! Connect with me by email markjudge (@) loadthegame.com only
@@MarkJudgeLTG
Previous Blu Vivo IV vs. Blu Life 8 vs. Nexus 5 – Newcomers vs. Veteran
Next Google shutting down Moto Maker website, factory in Texas closes